The most awaited car from Tata Motors touted as world’s cheapest car, Tata Nano was unveiled at the Vibrant Gujarat Global Investor Summit in Ahmedabad. Ratan Tata's Rs 1 lakh car Nano marks its presence amongst the 227 stalls which are part of the exhibition. 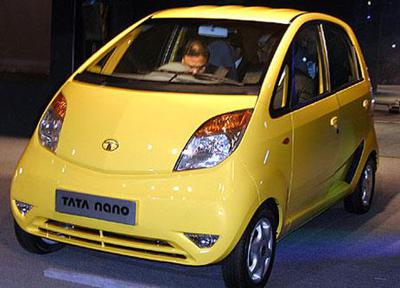 "There is something in Gujarat which is attracting companies from all over the world. They are coming here because they know they can gain from the relationship with Gujarat. They have faith in the state," Modi said while inaugurating the exhibition which showcases companies from power and gas, engineering, SMEs, health and education etc.

Tata Motors shifted its Tata Nano project to Sanand in Gujarat after its faced violent protests in West Bengal from the farmers led by the Opposition party, Trinamool Congress, headed by Mamta Banerjee. The company initially plans to roll out its first batch from its Uttrakhand plant in Pantnagar. It shall commence its full-fledged production from next year when its Sanand plant is completed and ready for production.