Nano in Thailand and in the United States

Tata Motors received an overwhelming response from customers in India. It has already unveiled Nano Europa at the Geneva Motors Show which is meant to be sold in the European markets. Now, Nano plans to traverse the Thai and the American grounds. 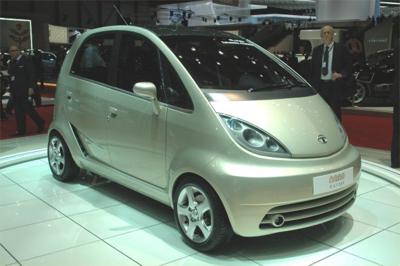 According to Ratan Tata, Chairman, Tata Motors, the car will debut the US market in next two years. "It will need to meet all emission and crash standards and so we hope in the next two years we will be offering such a vehicle in the U.S," he said. The car is most likely to be sold in the US by 2011. It will cost around $2300 but this price is extremely indicative. It will deliver a mileage of 65 miles per gallon and will be a four-seater car.

Similarly, Thai government agencies have reported that the company intends to sell the car in the Thai market as well. "They (Tata Motors) have plans to introduce Tata Nano in future (in Thailand) for the economic segment of the market and probably plan to expand by taking it to neighbouring countries in ASEAN," said Thailand Board of Investment (BOI) Secretary General Atchaka Brimble. Thai Minister of Industry Chanchai Chairungruang visited Tata Motors' plant in Pune yesterday. Abhichet Sitakalin, Sales Director, Tata Motors (Thailand) which is a joint venture of Tata Motors and Thonburi Group said that the Thai Industry Minister appreciated the Nano.