The Nano: Art In Motion is an initiative by Tata Motors to make the small car synonymous with art culture, creativity, expression and individuality. With this initiative, the car maker intends to make Nano symbolise life and inspiration for followers of art. Recently, this initiative got associated with upcoming Bollywood flick Fukrey, to be released on June 14, 2013 release. 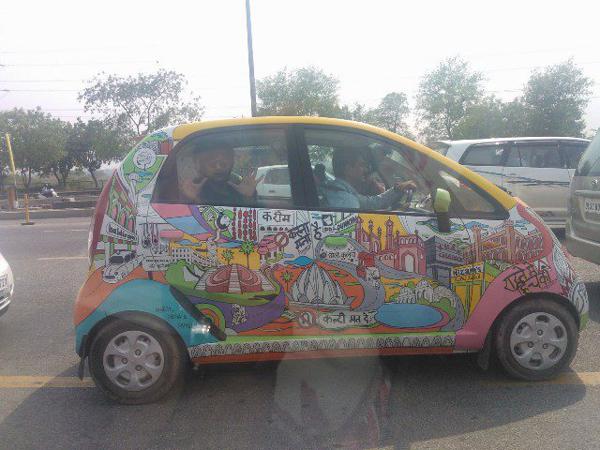 The yet to be released movie is directed by Mrighdeep Singh Lamba and produced by the Ritesh Sidhwani-Farhan Akhtar duo, under Excel Entertainment banner. Celebrating the Fukra spirit of the national capital region (NCR) of Delhi, the actors of Fukrey announced an interesting contest, wherein all residents of Delhi can take part. An all new Nano-Fukrey application has also been started on popular social networking site Facebook. Reportedly, leading actors Pulkit Samrat, Ali Faizal, Varun Sharma and Manjot Singh toured Delhi in the specially painted 'Saddi Dilli' Art Nano designed by Nano: Art In Motion, which depicted flavor and sights of Delhi with illustrious and colourful art on its body. Perfectly capturing the essence of Delhi, the 'Saddi Dilli' Nano was painted by 'The Doodlers', which is a group of three artists from Mumbai. 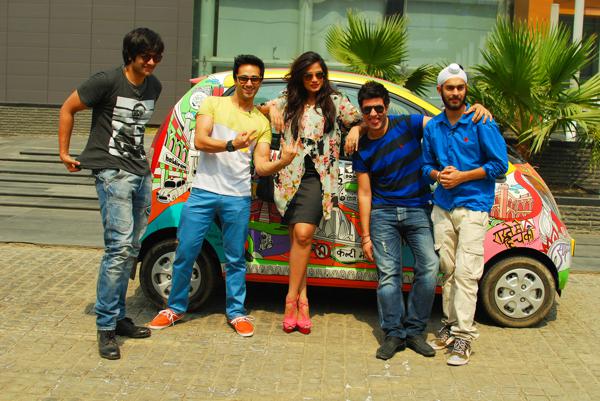 Delhiites who fit the bill of a ‘Fukra’ can log in to the www.facebook.com/tatananopage and fill in their favourite hang out zone in the NCR. This contest, which will be starting from May 27, 2013, will close on June 8, 2013. It has a voting poll for suggestions provided by contestants. The top 10 winners with the maximum votes in the polling process will be given a chance to visit their favourite spot in the 'Saddi Dilli' Nano. Winners will also get an opportunity to meet the star cast of the 'Fukrey' in Delhi as well as free tickets to the movie. The new contest is sure to generate a lot of interest among the youth for both the Nano and the upcoming film.