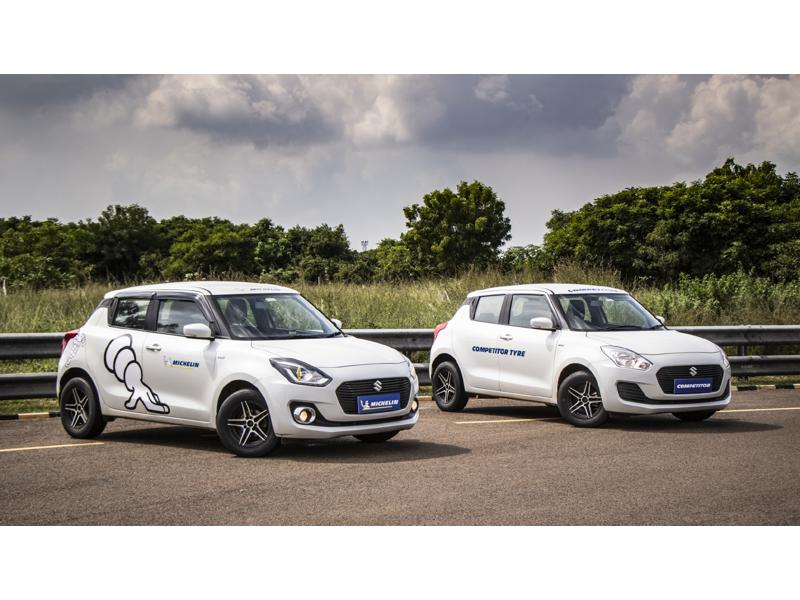 Would you believe it if someone said, “Worn-out tyres can provide same levels of grip even at the end of their lifecycle”? Well, to prove this point, Michelin India invited us to review its latest range of passenger vehicle tyres, billed as the Michelin Energy XM2+. According to the company, these provide better performance in wet and worn-out conditions. And to test these out, we were taken to the WABCO Proving Grounds in Chennai, where a number of tyre and braking test are carried out on various surfaces.

Michelin claims that the Energy XM2+ offers a shorter braking distance of up to 3.3 metres in worn-out conditions on wet surfaces, compared to its rivals. The company also claims the tyre to have a life of 1.25 lakh kilometres, which is 29 per cent more than the competitor. The XM2+ uses a new rubber formulation in its construction, along with a full-silica rubber compound and an Alternate Bridge Technology, which results in reduced rolling resistance, lower wear, lesser shuffling in tread block and increased fuel efficiency. 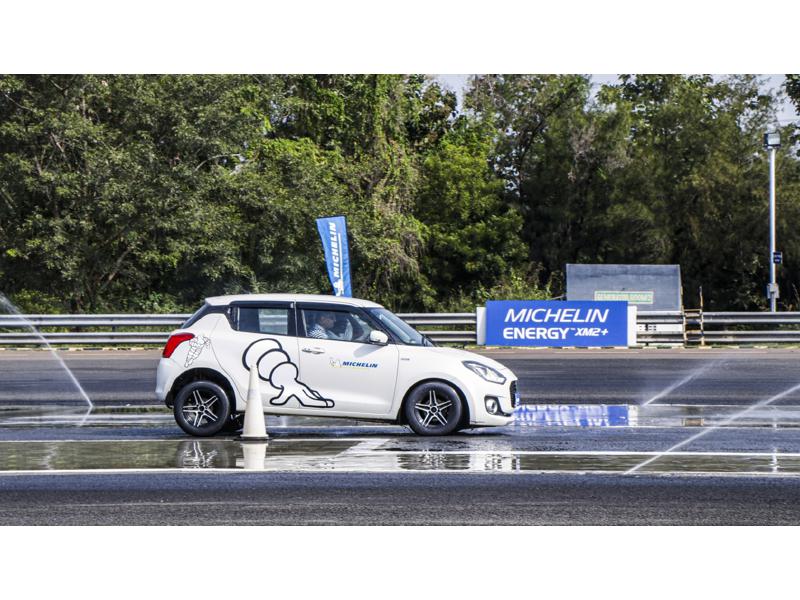 In this test, we were provide two identical Maruti Suzuki Swift’s, with one unit shod with Michelin Energy XM2+ and the other car wearing tyres for a direct rival – Bridgestone B290 in this case. Take a note that both these tyres were completely worn-out until their replacement markers in a controlled laboratory. What’s more, both the cars were running the same tyre pressures to make sure the testing parameters were identical. The test involved us to accelerate from 0-100kmph to check the grip levels and then braking the car to a complete halt to test the braking capabilities of the tyres. All of this was to be done on wet tarmac with 1mm water.

So, after a comprehensive briefing from the folks at Applus IDIADA India, we set out to test the tyres. Right off the mark, the grip offered by the XM2+ was considerably better than that from the competitor. The XM2+ also helped with quicker acceleration and lesser road noise on the dry surface. As we entered the wet zone, I applied the brakes with vigour as the car nose-dived to a standstill. While on both occasions, the car stopped without much drama, I noticed that the one fitted with the Michelin XM2+ offered a shorter braking distance and the ABS kicked-in very late. On the competitor tyres, ABS came into play sooner and sent the pulsating jitters through the brake pedal. All in all, the Michelins outperformed its competitor every single time we tested the tyres. 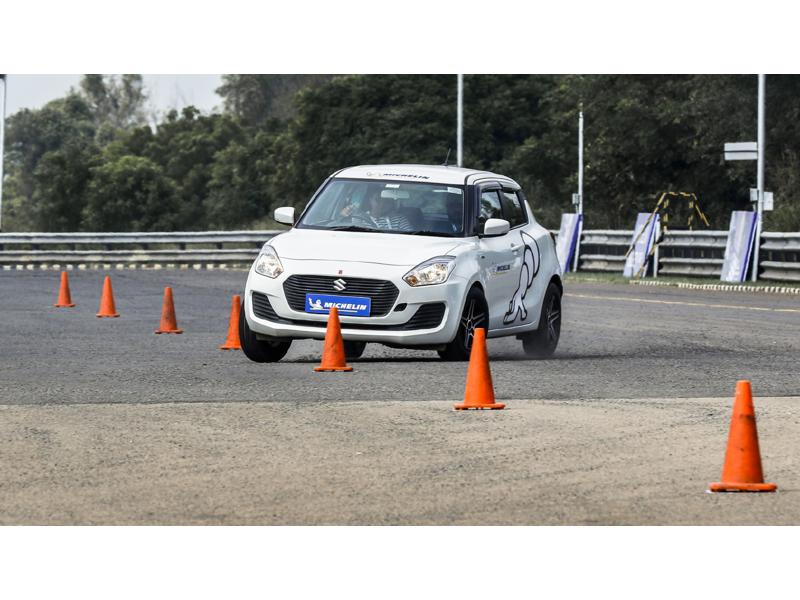 The next test involved us to access the cornering grip of the new XM2+ tyres across a short loop of the WABCO track, which included a long straight, a sweeping right-hander and a short slalom course. Thanks to the excellent dry grip, the car accelerated quickly on the back straight, and while taking the long right-hand corner, I could carry more speed than recommended without the tyres understeering, while the tyre squealing noise was far lesser. Through the short slalom course, the tyres helped with quick directional changes. 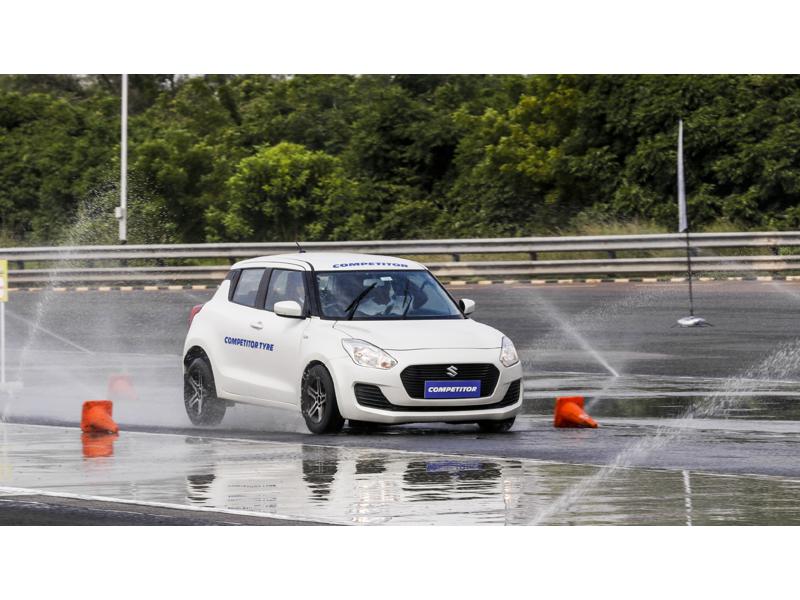 The Michelin Tyre Experience Drive was an eye opener for us as it busted quite a few myths. For starters, your car tyres still have enough performance left even at the end of their life cycle. And secondly, as your car’s tyres worn out, they continue to provide same levels of grip, if not more. Because of these misconceptions, quite a few owners replaces their car tyres prematurely. An independent study reveals that if tyres are used till their max life, it will save around seven million Euros per year in Europe alone. Michelin aims to solve this problem with the ‘forever new tyre’, as they like to call it. The Michelin Energy XM2+ is available in eight variants across two rim sizes – R14 and R15, and are offered at a starting price of Rs 4,735. 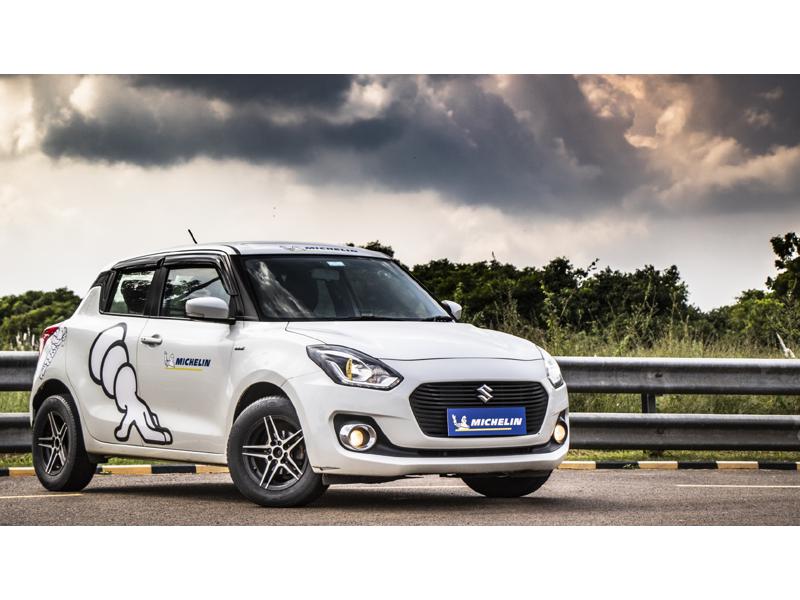