The Indian arm of Mercedes-Benz, a world renowned German luxury automotive marque, is on cloud nine as its SLS AMG model became the fastest production car ever to burn rubber at the Buddh International Circuit (BIC) situated in Greater Noida. The Mercedes-Benz SLS AMG broke the lap record and set a new fastest lap timing of 2 minutes and 14.521 seconds in traversing the entire BIC track. As per reports, Norman Simon, AMG Driving Academy Instructor and an ace German Driver, was behind the wheel of the stunning super car, which has also been picked as the Official Safety Car for the Formula One Grand Prix Championships. The German-born Norman Simon is also a British Touring Car Champion and drove the near perfect lap at BIC. 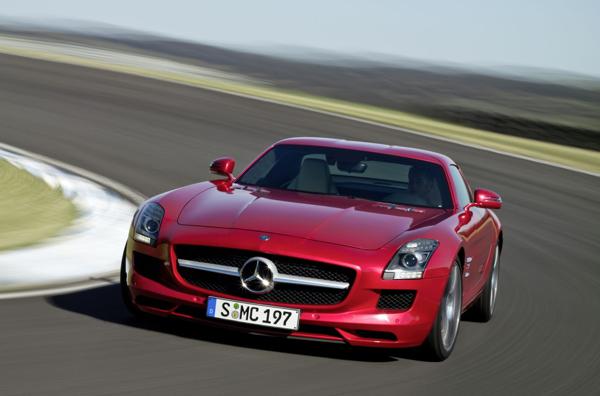 Expressing his delight at the SLS AMG's highly commendable at the BIC track, Eberhard Kern, Managing Director (MD) and Chief Executive Officer (CEO), Mercedes-Benz India, has been quoted as saying, “We are extremely thrilled with the feat the SLS AMG accomplished on the Buddh International Circuit. The car has proved its mettle time and time again across major racing tracks of the world and it is only fitting that in India too, it holds the title of the fastest lap achieved by a production car. Mercedes-Benz has a very dominant presence in the racing and motor sports arena, and this lineage is evident in our vehicle design and technology, both performance and aesthetics. The SLS AMG is the epitome of these elements making it the best in sportiness and fascination that Mercedes-Benz offers.”

The Mercedes-Benz SLS AMG is one of the most stunning and futuristic features laden models of current times and bears slight resemblance with the iconic 1950s 300 SL sports car. The main attractions of the sports car are its AMG 6.3 litre V8 front mid-engine rated at power-torque equation of 571 bhp and 650 Nm, aluminium space-frame body, 7-speed dual clutch transmission in a transaxle arrangement, along with aluminium double-wishbone sports suspension. The cutting-edge technological advancements ensure an incredible driving performance that leaves a lasting impression on any super car enthusiast, after getting behind the wheel of Mercedes-Benz SLS AMG.