Mercedes-Benz India, the domestic division of German auto maker, seems to be gearing up for the launch of its much awaited S-Class model in the country. It must be noted that recently, the auto maker has showcased its new model at an event in Germany and the same is anticipated to mark its presence on the Indian roads by the end of 2013, with slight modifications, according to the domestic buyers. Industry experts are of a view that before its Indian launch, S-Class will be first introduced in the Chinese auto market. 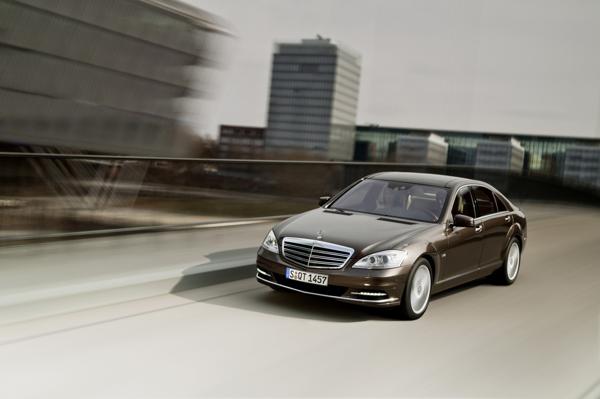 The S500 model, which will be launched in China, happens to be the top end variant of the series with a petrol engine. This model is expected to come equipped with a 4.7 litre V8 petrol engine, which will have the potential to belt out a maximum power of around 450 bhp, along with a highest torque of 700 Nm. In order to further add to the performance of this engine, it has been mated to a 7G-Tronic Plus transmission system, which channelises the power to the real wheels of the S500.

The auto maker has equipped the model with a number of advanced features, which further enhances the overall comfort level of the model. Few industry experts also believe that all the petrol models of S-Class series will be introduced in the Chinese market, which will assist the German auto maker in pulling some decent volumes from the market. Post its launch, the new model of Mercedes-Benz will deliver a cut throat competition to Audi A8L, BMW 7 Series and the Jaguar XJ, which are all currently the segment ruler in Chinese auto market.

Considering the belief of Indian auto experts, the same models, which are introduced in the Chinese auto market, will be brought to the domestic showrooms before the end of 2013. Since the demand for diesel models is fairly high than the petrol ones, industry experts are also expecting a line-up of diesel models at the Indian shores of the S-Class. Besides, it is also being said that since Mercedes-Benz already has a assembly plant in the country, the auto maker will be assembling its S-Class models locally in India to make the model a cost effective deal.

Growth in sales of Royal Enfield, figures of VECV decline in India