During the launch of the new Mercedes-Benz A-Class in Mumbai on May 30, 2013, Managing Director Eberhard Kern said that the B-Class would also be officially launched in the country within a few weeks. Apart from this, when questioned about the new S-Class W222, he said it would be revealed in India during early 2014. 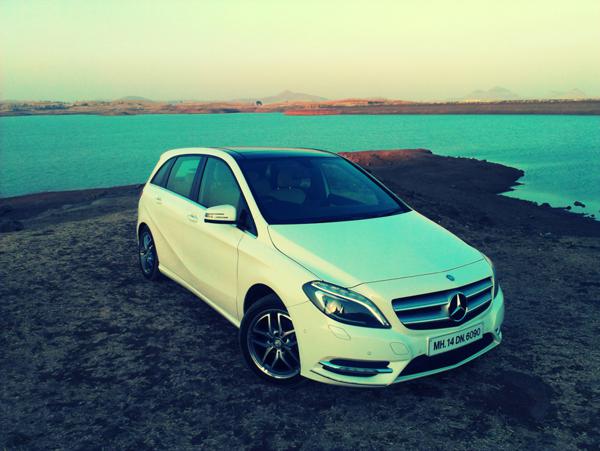 Mercedes-Benz B Class diesel for India would get the 2153 cc 4- cylinder engine which is available in the current A 180 CDI. This engine has been tuned to produce 109 bhp of power and 250 Nm torque. As per the German luxury vehicle manufacturer, at present around 50-60 units of the B-Class petrol are being sold in India. Once B 180 CDI is launched, the company would manage to rake in high sales, along with the A-Class petrol and diesel models. It would help the company regain its position as the top luxury car seller in India. Currently, BMW India and Audi stand above Mercedes-Benz in the domestic market.

At the other end of the luxury spectrum, the 2014 Mercedes-Benz S-Class would compete with the BMW 7-Series, Audi A8 and Jaguar XJ. The Indian version of the S-Class would come in both petrol and diesel guises. Interestingly, the first locally assembled BMW 7-Series has also been launched on May 30, 2013. Mercedes would look to assemble the new S-Class at its Chakan plant near Pune.

The new S-Class would feature a third-generation aluminium hybrid bodyshell, which would help control weight and generate higher fuel economy, in turn. With a new Night View Assist Plus system, driver hazards would easily be indicated on the road in front. Magic Body Control system can modify suspension settings on the move, in order to suit changing road conditions. Apart from this, several outstanding comfort features will be provided, much like the previous model.

As per Kern, there are no plans to begin local production of the A-Class and B-Class hatchbacks at the moment. He said that the Chakan plant is undergoing expansion and should be able to produce 20,000 units by beginning of 2014 start. Until then, vehicles such as C-Class, E-Class and the current S-Class will continue to be assembled locally. Reportedly, 2014 is also the year for Mercedes-Benz India to bring in compact sedan CLA and Sports Utility Vehicle (SUV) GLA to the country.