Mercedes-Benz, the German luxury car maker, launched the E-class model, which has been placed in the executive sedan segment of the Indian auto market. The diesel variant of E-Class is available at an introductory price of Rs. 43.65 lakh (ex-showroom, Pune), whereas its petrol guise comes at Rs. 40.73 lakh. It has been learnt that both these variants have been manufactured at the Chakan assembly line. 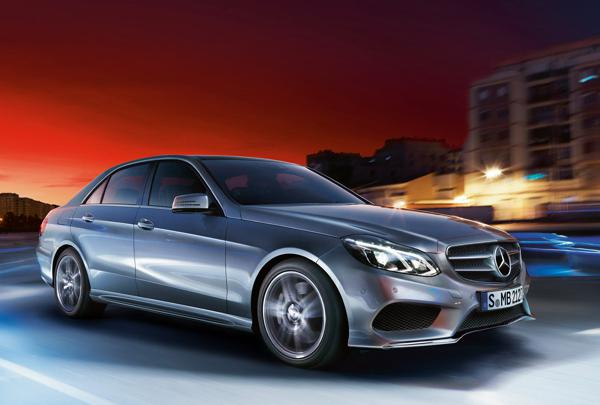 With a stylish exterior, the 11 mm longer E-Class has a redesigned trunk and bonnet, along with new front as well as rear bumpers. Eberhard Kern, the Chief Executive and Managing Director of Mercedes-Benz India said that the performance of the luxury car segment is much better than that of the overall market. Adding further, he said that the company had recorded a growth rate of 16 per cent in the first half of the calendar year.

Mercedes-Benz A-Class, launched in May, formed a huge 40 per cent of the share in the total sales spikes for the month of June. He said, “The E-Class has been the most successful vehicle for Mercedes Benz globally with over 11 million units sold. In India too, the E-Class has been the most sold luxury sedan. Since its introduction here, we have sold more than 23,000 units of the E-Class, which is by far the highest for any single model for Merc sold in the country,”

Kern also talked about the constant falling value of the rupee and said that it might have an adverse effect on the pricing of upcoming vehicles. Stating that if the fall in the value of the Indian currency persisted, the company would be forced to transfer the pressure of the cost-increase on to the shoulders of the buyers in order to safeguard their profit interests.