Mercedes-Benz, the world renowned German multinational luxury automotive marque, will leave global car enthusiasts and video gamers gasping for breath with its CLA 45 AMG coupe featured on a new Sony PS4 racing game. Sony has announced that its upcoming video game called ‘Driveclub’, playable on its next generation PlayStation 4 console, has for the first time featured the much awaited Mercedes-Benz CLA 45 AMG coupe in a mean video game avatar. 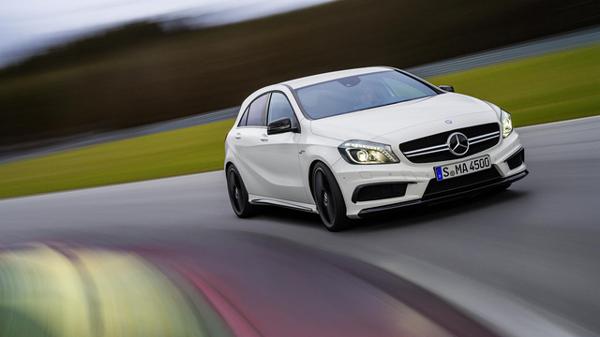 The CLA-Class is Mercedes-Benz’s latest entry level sedan offering and was unveiled to world audience at this year’s Detroit Motor Show. The CLA 45 AMG is a sports version of the CLA range and was kept under the covers, till date. Rumours were doing rounds regarding the AMG model of CLA, which will now die off as the model has been revealed as a new exciting car in the Sony Driveclub racing game. It may take a while for the Mercedes-Benz CLA 45 AMG to see commercial launch and till then global car aficionados will have enjoy its presence on their gaming screens and PlayStation 4 console.

Being an entry level luxury coupe, the Mercedes-Benz CLA range competes against the likes of Audi A3, BMW 1 Series, Lexus CT200h and Acura ILX models in the international scene. The Indian launch of CLA sedan is also on the cards, which the company is believed to have decided by the end of 2013 calendar year. The entry level sedan will be pitched below the company’s C-Class range and could carry introductory price tags in the range between Rs. 20 lakhs and Rs. 25 lakhs in the country.