After all the hype and buzz, Mercedes-Benz is going to launch the diesel variant of the B-Class premium hatchback in the Indian auto market on July 11, 2013. Industry experts are of a view that this is among the initial launches by the three pointed star to regain its position in the market. The dominance of German luxury company has lost ground in the recent years because of the success of its compatriots BMW and Audi, who have introduced a wide product portfolio for the domestic buyers. 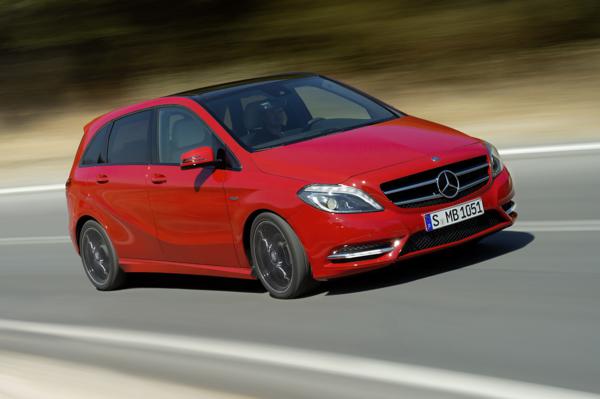 It must be noted that Mercedes-Benz has already launched its ace models like GL-Class Sports Utility Vehicle (SUV), A-Class hatchback and new E-Class premium sedan. The new B-Class, along with these recently launched cars, is expected to make a major contribution to Mercedes-Benz's resurgence in India. Notably, the firm recorded a growth of 32.35 per cent in the second quarter of 2013, selling 1756 units as compared to 1327 units in the second quarter of 2012.

Also, Mercedes-Benz has made a dedicated attempt at launching a wide range of affordable vehicles for the Indian car buyers. This can be quantified by its introduction of A-Class, which has a base price of Rs. 21.93 lakh (ex-showroom Mumbai). To be named the B180 CDI, this vehicle will be powered by a 2.2 litre engine, capable of generating an output of 107 bhp at 3200 rpm. Sources close to the development process revealed that the engine in the Mercedes-Benz B-Class Diesel hatchback is the same fitted in the A 180 CDI.

It will be mated to a seven-speed DCT gearbox that provides Sport and Manual drive options. The Mercedes-Benz B180 CDI is going to be available in one trim level, named Style. Some of the salient features of the B-Class diesel hatchback include fully powered driver's seat, leather upholstery, seven air bags, security equipment and a COMAND interface with multiple connectivity options. Compared to the petrol variant of the B-Class, the B180 CDI will have smaller-sized 16-inch alloy wheels and would not be equipped with the dual-sunroof as well. It is based on the newly developed front-wheel drive platform by Mercedes-Benz, known as the Modular Front Architecture (MFA). The B180 CDI is expected to be priced around Rs. 25.5 lakh (ex-showroom); however nothing is confirmed as of now.