Mercedes-Benz continued its attempt to make inroads in to the Indian auto market to regain the stronghold it had with the launch of B-Class Diesel. The German luxury car maker, a division of Daimler AG, launched the diesel version of its premium hatchback on the 11th of July. This vehicle is called the B-180 CDI and has been introduced following the likes of GL-Class Sports Utility Vehicle (SUV), A-Class hatchback and the new E-Class premium sedan. It is an understandable ploy as the company has been lagging behind in terms of sales and profits as compared to fierce rivals BMW and Audi. Apart from BMW and Audi, the luxury car segment also has other players like Jaguar Land Rover and Porsche. 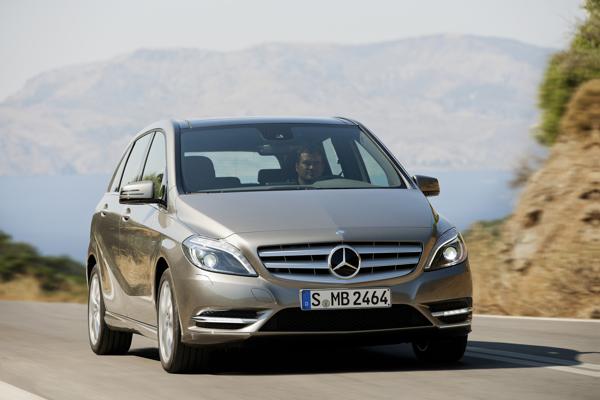 The B-Class Diesel is powered by a 2.2 litre four-cylinder engine, which is capable of producing 250 Nm of torque at 1400-2800 rpm. Capable of reaching a top-speed of 190 kmph, the B180 CDI has offers a mileage of around 18.98 kmpl, according to company claims. It has a fully powered driver seat, seven air bags, leather upholstery and a COMAND interface. The premium hatchback will also feature Intelligent Assistance Systems and 7G-DCT transmission with shift paddles. Priced at Rs. 22.6 lakh (ex-showroom Mumbai), this car is considered to be a “value for money” vehicle by a lot of industry experts. Since, it is priced lower than the petrol variant, the B180 CDI is expected to enjoy a lot of success.

In the past, Mercedes-Benz India has been blamed for being too “conservative” in the designing of its cars, which can sited as one of the reasons why it was trumped by BMW and Audi. However, the German auto giants has sought to improve on this by introducing new vehicles that are affordable, loaded with premium features and are fuel-efficient. Eberhard Kern, Managing Director and Chief Executive Officer for Mercedes-Benz India was upbeat about the B-Class diesel generating a good response from the market and was undeterred by the rise in the fuel price.

“In our portfolio where diesel variant is available, it constitutes 80% of our total sales with petrol making up for 20 per cent with the B-Class too we are expecting the same. The launch of B Class Diesel is a continuation of Mercedes Benz India's product offence for 2013. The response for the B-Class petrol has been encouraging and we are confident that the new B-Class diesel will add to the demand of the car, with its new improved efficient engine, stylish characteristics and unique touring capabilities,” Kern said.

He also mentioned that these new generation compact cars, comprising the likes of A-Class and B-Class, have done really well up till now and the firm expects to continue its revival through them. In fact, the launch of the A-Class was the most successful in the history of the company. Kern later added, “The A Class launch was the most successful launch in the history of Mercedes Benz in India. Within 10 days of the launch, we got over 400 bookings and we expect the deisel version of B Class to bring in incremental volumes going ahead.”