Mercedes-Benz India has been facing the heat from top German counterparts Audi and BMW in the luxury car market of the country. The company was the first prestige vehicle brand to come to India and has completed more than a decade. But now, it has slipped to the third position and has a chance of scripting a comeback, if the A Class luxury hatchback is able to gain a substantial share of the market. 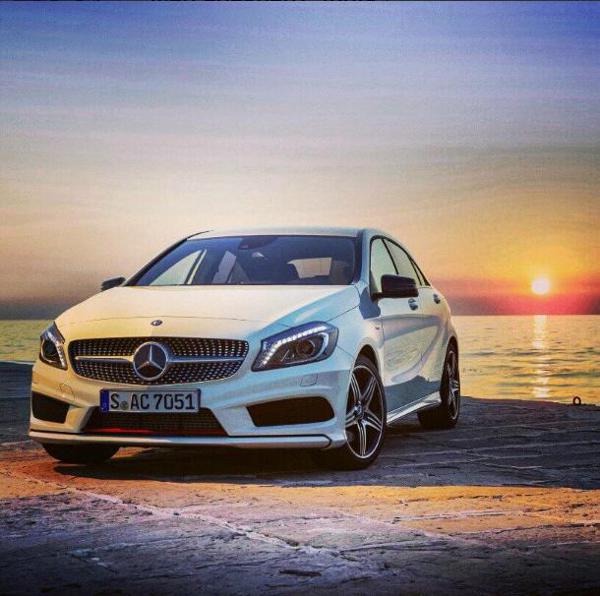 It has been officially stated that the Mercedes-Benz A-Class would be coming to India on May 30 this year. The premium hatchback is expected to be the least expensive of all Mercedes models in the country, and could carry price tags in the range from Rs. 22 lakh to Rs. 25 lakh. Amongst the competition, there are no plans of Audi bringing its A3 hatch in the near future and the launch of BMW 1-Series is still at a fair distance away. In such a scenario, it is natural that Mercedes-Benz would have a first mover advantage.

The A-Class luxury hatch was launched in the European markets during May 2012 and is greatly in demand at present. Three shifts are being run at the company's Rastatt plant, in order to meet the burgeoning demands. In India, this vehicle would be available in a petrol and a diesel avatar. While the oil burner is expected to incorporate a 1.5 litre engine with 109 bhp of power and 260 Nm of torque, the petrol version would be fitted with a 1.6 litre turbocharged engine, capable of churning out 122 bhp of power and a high torque of 200 Nm. It would be a front wheel rive car, fitted with the modern 7-speed Direct Shift Gearbox (DSG).

Through its extensive brand promotion campaign on Facebook, Mercedes-Benz India has managed to gain the loyalties of one million fans. Interestingly, the company has been declared the most popular automotive brand as per an AC Nielsen-Economic Times Brand Equity survey, for persons in the age group of 15-24 years. It is clear that Mercedes-Benz India means business during its second innings in the country and wishes to make a strong comeback in the near future. Now BMW India and Audi India certainly have something to worry about, especially as the launch of A-Class is just round the corner.

Everything you want to know about Chevrolet Enjoy

Hyundai looking to get more aggressive in the Indian auto market