Mercedes-Benz India is ready to officially launch its luxury hatchback A-Class on May 30, 2013. With the launch of the A-Class, the German luxury car manufacturer will be entering a completely new segment in the Indian auto market. So far, only BMW has brought the premium Mini Cooper luxury hatchbacks in the country. However, later during the year, BMW India is expected to bring the 1-series to the country, which would offer stronger competition to the A-Class. 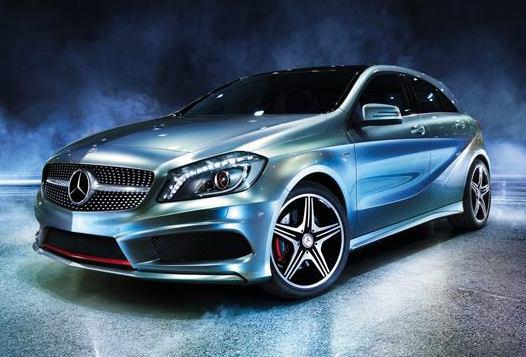 After the introduction of A-Class in India, Mercedes-Benz would be launching the same in Malaysia as well. The vehicle is already being promoted on the company's Facebook page in Malaysia. Apart from this, the official website of Mercedes-Benz Malaysia also previewed the A-Class by showing a video, which displays interiors and exteriors of the car. A similar promotional strategy has been deployed for the Indian market as well. In fact, previews of the vehicle for select audiences have taken place in a few Mercedes-Benz dealerships across the country's metropolitan cities.

Initial units of the A-Class will be available as Completely Built Units (CBU) route. Later during the year, the vehicle may be available in Completely Knocked Down (CKD) form. Local assembly would be starting later in 2013 or by the next year. According to industry sources, the A-Class will be the most affordable Mercedes vehicle ever produced in India. On the engine front, this car will get two powertrains, namely a 1.6 litre turbo petrol and a 2.2 litre diesel. While the petrol version develops a power of 120 bhp, the 2.2 litre diesel power-mill produces 119 bhp of power. The new luxury hatch is targeted towards the young Indian urban audience, and it would be interesting to see the reaction it receives upon its launch in India.

Other luxury vehicle manufacturers are quite wary of the muscular A-Class and intend to launch their own vehicles in the same segment. Swedish manufacturer Volvo would be introducing its new crossover, the V40 Cross Country in India next month. As mentioned earlier, BMW would reveal the new 1-Series and Audi may look at introducing the A3 hatch. Reportedly, the V40 Cross Country by Volvo would also be launched in Malaysia, apart from India.