The Indian arm of Mercedes-Benz, a subsidiary of the German premium automotive marque, is on cloud nine as its newly launched A-Class model has clocked over 400 confirmed bookings in the domestic car market. The premium hatch was launched on May 30 this year and looks set to replicate its European success in the country. Mercedes-Benz India has affirmed that confirmed booking numbers managed by the new A-Class are the highest ever recorded by any 'Three Pointed Star' model in the domestic auto market. 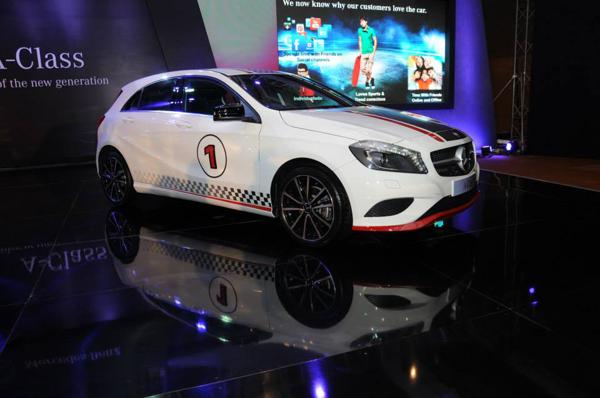 Expressing his views on the impressive response received by the A-Class from Indian audience, Eberhard Kern, Managing Director and Chief Executive Officer (CEO), Mercedes-Benz India was quoted as saying, “Already a global sensation, the success of the A-class in India reiterates Mercedes-Benz’s stand that young India has now come of age and Indians who lead a global lifestyle today value trendy design, dynamic driving and quality when it comes to their personal mobility preferences.”

The new Mercedes-Benz A-Class is based on the MFA architecture and regarded as one of the best looking cars to come from the house of German luxury car maker in recent years. At present, A-Class is the most affordable 'Three Pointed Star' vehicle available in the Indian auto market and is offered in two trim levels- A180 CDI Style and A180 Sport. The diesel A-Class A180 CDI style and petrol A180 Sport carry introductory prices of Rs. 21.93 lakh and Rs. 22.73 lakh, respectively. All prices being ex-showroom, Mumbai.

Mercedes-Benz India has pitched its A-Class range in a stiff battle against the likes of BMW's MINI Cooper and Volkswagen Beetle premium hatchbacks. The stylish hatchback looks set to become a major profits source for the German auto maker, who at present is facing some hard competition from Audi and BMW in the country. BMW is expected to bring its 1 Series range to India sometime during this year's Diwali festivities, while Audi could also introduce its A3 model in the next twelve to fifteen months. The BMW 1 Series and Audi A3 are luxury hatchbacks that compete against Mercedes-Benz A-Class in the automotive markets of Europe.