Tabloids, magazines and publications across the automobile world are abuzz with the name of Mary Barra. Born in Michigan, United States of America, this lady has been appointed as the Chief Executive Officer (CEO) of General Motors, one of the biggest and most popular auto makers in the world. Notably, her tenure at this position is scheduled to begin in January, 2014, wherein she will be replacing current CEO Dan Akerson. Contextually, this is a big development in the history of automobile business as this is for the first time that a female would be heading a major car company. Currently, she is the Executive Vice President, Global Product Development and Global Purchasing and Supply Chain at the company. Barra serves on Adam Opel AG Supervisory Board and was previously the Vice President for Global Human Resources. Since the announcement regarding Barra's appointment has been made, everyone in the automobile circuit is speaking about this lady and her remarkable feat. 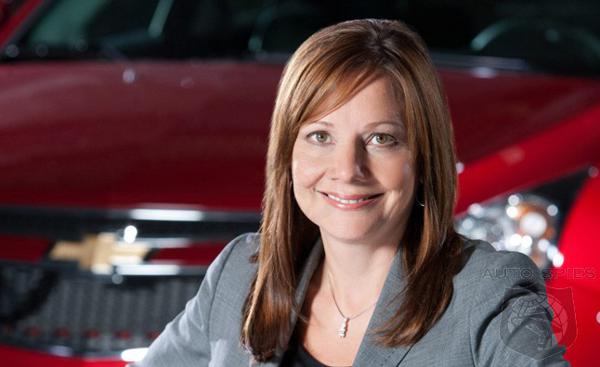 The day when Mary Barra takes office is going to be an emotional one for everyone at the firm, sources have claimed. Mixed emotions are expected to prevail as the celebration of Barra's promotion and the departure of Dan Akerson, who is a long-serving employee of the firm. To say the least, the Stanford University graduate will be under tremendous pressure as she has pretty big shoes to fill. The pressure is likely to be more than normal as she is going to become the first CEO of a popular automobile firm. Experts around the world have praised this feat achieved by Mary Barra and the effort that she has put in to achieve this promotion. When the Michigan-born lady takes office in January 2014, she will become the 23rd CEO of firms under the Fortune 500 category. According to reports, her appointment was highly expected as she has been an employee of General Motors for over three decades, which is an incredible achievement.

Dan Akerson, the current CEO, is said to have played a major role in recommending Barra to replace him. Akerson's departure is rather unfortunate as he is leaving General Motors to take care of his wife, who is diagnosed with cancer. In a statement, addressing employees, Akerson said, “I will leave with great satisfaction in what we have accomplished, great optimism over what is ahead and great pride that we are restoring General Motors as America’s standard bearer in the global auto industry.” Barra, on the other hand, spoke about her plans and the potential that the firm possesses. “With an amazing portfolio of cars and trucks and the strongest financial performance in our recent history, this is an exciting time at today’s GM. I’m honoured to lead the best team in the business and to keep our momentum at full speed,” she said in a statement.

Analysts believe that Barra has set a relevant precedent for women in the world by this achievement. In the modern day world, the usual stereotypes and clichés are being eliminated by women like Mary Barra, who believe that a female can run a car company as well as a male. Also, many experts subscribe to this school of thought and believe it is the way of the future.