The second new model from Maruti is ready to hit Indian roads on May 15. The new hatchback model that will be launched next Tuesday will be the global model in company’s product portfolio. It will be sold as Suzuki Splash in the overseas market. 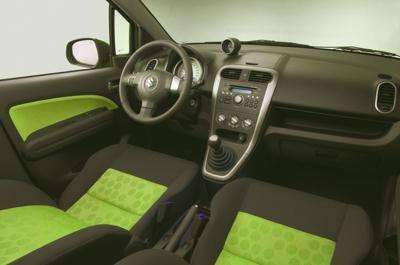 "Ritz, which will be available in petrol and diesel variants, will be India's first BS-IV compliant car," the company said in a statement, referring to the Bharat Stage IV emission norms. "Ritz is the eighth new model within 48 months following the launch of Swift, Zen Estilo, SX4, Swift Diesel, Grand Vitara, Swift Dzire and A-star," the company said. (Note: as discussed elsewhere, the Hyundai I-10 already complies with BS-IV.)

It will be positioned along with other premium hatchback models in the A2 segment including WagonR, Swift, Zen and the newly-launched A-Star. It will sport the new K-series engine which is more fuel efficient and adheres to the new emission norms that become effective from 2010.

Maruti is ready to phase out is most successful model M800 due to its non-compliance with the emission norms. Maruti Suzuki India Limited is India’s largest car manufacturer and second largest cars exporter after Hyundai.