Car makers in the Indian market are preparing for the upcoming festive season by lining up launches of new models. If rumours are to be believed then Maruti Suzuki, India's largest passenger car maker, is planning to introduce the WagonR Stingray by Diwali this year. Recently, the Maruti Suzuki WagonR Stingray was spotted in a photo shoot, which strongly indicated its possibility of being launched soon. Currently, this hatchback is available for sale in the Japanese car market and might be on its way to India soon. 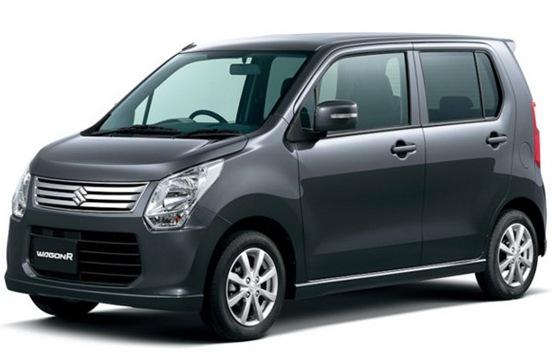 It must be noted that the Maruti Suzuki WagonR has been a huge success in India, becoming one of the most reliable hatchbacks in the country. Experts feel that this move by the Indian auto giant is aimed at battling the prevalent slowdown in demand for the passenger cars. Sales have been dipping for the past eight months, which forced car companies to resort to desperate measures. Featuring an aggressive front fascia, the Maruti Suzuki WagonR Stingray comes in a bold and sporty design. The stylish exteriors of this hatchback includes a slim chrome grille, revised fog lamp clusters, sleek headlamps and a bonnet with a large air dam. Other features include grey-finished alloy wheels, rear spoiler and a new chrome strip that sports the car's name.

Sources believe that the WagonR Stingray will be equipped with a 3-cylinder K Series 1-litre petrol engine, which will be mated to a five-speed CVT gearbox. Sources revealed that this hatchback will be capable of producing a maximum power output of around 66 bhp along with 90 Nm of peak torque. Industry experts also believe that there is a chance of LPG and CNG variants to be introduced in the line-up of upcoming WagonR Stingray.

The WagonR Stingray has done really well for the auto maker in other auto markets across the globe. Analysts feel that the success of the WagonR hatchback and the brand image of Maruti Suzuki could do wonders for the new car in India as well. One of the key aspects that remain to be seen is the kind of pricing strategy that the company adopts for the WagonR Stingray as a number of foreign auto makers have entered the Indian car market, thereby increasing the competition. According to sources, Maruti Suzuki is likely to price the new WagonR Stingray around Rs. 40000 to Rs. 50000 more than the existing model.