CarTrade.com has spotted the Maruti Suzuki Swift Sport being driven close to the Siddhivinayak temple in Prabhadevi, Mumbai. Bharat Prajapati, a member of the CarTrade team, spotted the Swift Sport’s test mule that was white in colour, had sporty alloy wheels and rear spoiler. Looking at the car, it was clear that the Indian version would have 5 doors, instead of 3 doors on the international variant. 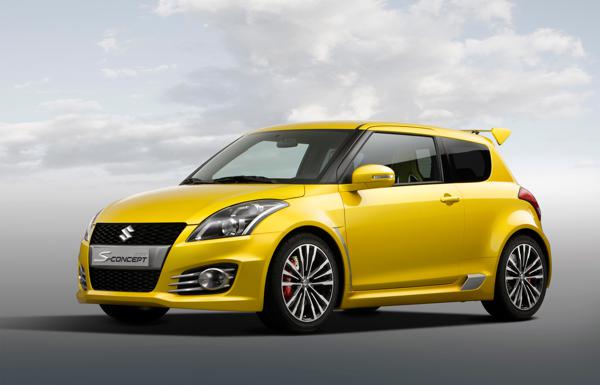 With a bigger engine, the Swift Sport would also get an enhanced body kit, which was quite evident. The powerful hatchback would be powered by a 1.6 litre diesel engine, which could generate 134 bhp of maximum power. For safety purposes, it will also come with airbags, Anti-Lock Braking System (ABS) and the acclaimed Electronic Stability Program (ESP). In sum total, the new Swift Sport will be a lot more attractive than the current version, making it an even better proposition for performance enthusiasts. It is expected that the Suzuki Sport will first be launched in Malaysia and in other international markets, before being revealed in India. However, no official confirmation has been received from Maruti Suzuki on Swift Sport’s launch in the country.

For the purpose of competition in this 'semi-hot' hatchback segment, the Swift Sport will have the Skoda Fabia 1.6 and the Volkswagen Polo 1.2 GT close on its heels. Both vehicles produce 104 bhp of power, along with 153 Nm of peak torque. In terms of pricing, the new Maruti Suzuki Sport should be available between Rs. 7 lakh to Rs. 8 lakh. The Maruti Suzuki Swift has always been a great driver's car. There are few vehicles that are as much fun to drive as this. Industry experts believe that the vehicle will be even more attractive to own and drive, with the launch of this new version.