Maruti Suzuki, country’s leading passenger car maker, is planning to introduce a new hatchback, named Solio, in the Indian auto market. The model was unveiled at the 2012 New Delhi Auto Expo and was able to pull the masses across its stand. Interestingly, it has been introduced in the Japanese market by Suzuki Motors, and its launch in India seems around the corner. In Japan, the model is titled as the largest selling model of Suzuki Motor Corporation. 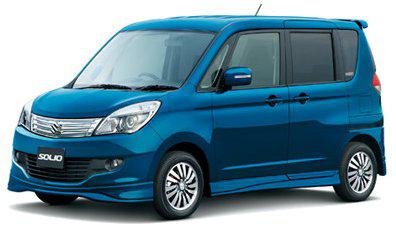 The vehicle happens to be one of the amazing creations and innovations of the auto maker, which flaunts a unique design and advanced technology. The designing language of Solio reflects a strong build with an aggressive stance accompanied with a pinch of style. Industry experts believe that the Solio happens to be an elder cousin of WagonR, which is much appreciated by the domestic buyers. Considering the popularity of latter, it seems that Maruti Suzuki will not have to work much on the promotion of Solio in India.

Coming to under-the-hood figures of upcoming model, industry experts believe that it will be assimilated with a performance oriented 1.2 litre engine, which will compete against the likes of Volkswagen Polo, Hyundai i20 and Fiat Punto, among others. The maximum power churned out by this engine stands close to 90 bhp with a highest torque output of over 115 Nm. In order to add to the performance of this model, the auto maker is planning to assimilate a Continuously Variable Transmission (CVT) technology within the model, which will offer smooth shifts between gears.

Owing to the penchant of Indian buyers towards small cars, the new model from Maruti Suzuki will surely take the market by storm. Auto analysts are of a view that the upcoming Solio might be brought as a reworked model of the WagonR in the Indian market. Reportedly, the auto maker will be introducing this version in a view of cashing on the ‘kitna deti ha’ concerned buyers as it will be running around 23 kmpl. In order to cater to the demands of a large number of buyers the model is expected to come in both petrol and diesel engines; however nothing is for sure as of now.

Considering the potholes of Indian roads, the model is expected to feature cutting edge suspensions system, which would make its drive a breeze even on rough Indian terrain. Besides, some of the safety and security features expected to be packed within the model include Anti-lock Braking System (ABS), keyless entry, SRS airbags and smart key system, ensuring complete safety of its passengers. With plans to launch of a new model in the Indian auto market, it seems that Maruti Suzuki is all set to take its niche to new heights, which are never touched by an auto maker in India.