The facelifted Maruti Suzuki S-Cross will be launched in the Indian market soon. This is a mid-life update for the most expensive Maruti on sale today and comes three years after the car was launched. This facelift is an important update for the car and will provide a major boost in terms of numbers.  This update gives it a new face, wheels and full LED tail lamps as a part of the looks package. There will be no changes to cabin and it can now only be had in the DDiS 200 (1.3-litre diesel Multijet) state of tune. 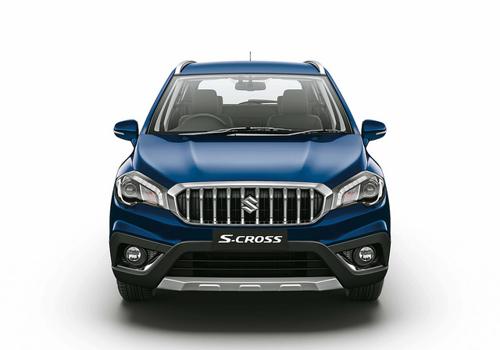 We believe that the price changes to the vehicle will be minimal as the car is in a sensitive position with regard to market positioning. The current S-Cross is in the price range of Rs 8.06 lakhs to Rs 12.07 lakhs and this means it overlaps with the more successful Vitara Brezza from the VDi variant (7.90 lakhs) to the top spec ZDi Plus Dual tone variant (Rs 9.91 lakhs). You can have the top-of-the-line 1.3 Alpha of the S-Cross but it is priced Rs 88,000 more than its lower variant as well as the top-spec Vitara Brezza.
This brings up a question as to how does the S-Cross stand up to the Brezza? Read on to find out.

Exterior
These are two approaches to the whole SUV/Crossover game with the vehicles literally being an SUV and crossover respectively. The Brezza has presence because it has the traditional SUV boxy lines while the S-Cross as the names suggest, appeal to those who want a high rider but with modern design lines. Where the S-Cross has an advantage over the Vitara Brezza is that it is a larger vehicle and thus, has better looking proportions in terms of design.

Interior
The fight looks skewed in favour of the Vitara Brezza when you take the ZDi Plus variant against the Sigma 1.3 of the S-Cross. In the top version of the Brezza you get climate control, touchscreen infotainment system and premium trim as compared to the Sigma version of the S-Cross. This means that while the Brezza offers less space it is a better equipped car (variant for variant) than the S-Cross. Even if you add in the 88,000 or probably more once the facelift is launched, both cars seem to be playing the game on a level field. Even if you take the numbers into consideration, the S-Cross has a wheelbase that is 100mm longer but a boot that is only 25-litres more than that of the Brezza.

Engine and gearbox
With Maruti closing the door on the 1.6-litre DDiS 320 diesel engine, it’s the faithful 1.3-litre MultiJet that will do duty in the S-Cross. It’s the same engine in the same state of tune as the Vitara Brezza. You get 89bhp/200Nm with power going to the front wheels via a five-speed manual.
Lack of demand is probably the main cause for this engine being phased out and in terms of costs, its retirement makes sense. However, its exit from the range is a loss of identity for the S-Cross as this was an engine that made the car stand above the competition in terms of performance.

Conclusion
We believe that Maruti Suzuki will just marginally increase the price of the S-Cross when this facelift is launched. The current car in its three years of existence in India has not set the sales chart on fire and its pricing will be a game Maruti Suzuki will have to play carefully. We expect that they will add Rs 20,000 to Rs 30,000 in the lower models and a maximum of Rs 70,000 in the higher spec trims. Since the S-Cross was launched, the demand for AT options has increased and it seems more than likely that an AT option of some kind is in the pipeline for this crossover.

Maruti Suzuki S-Cross facelift to be launched in India tomorrow