Despite the overall market slump, top passenger vehicle manufacturer Maruti Suzuki is still looking to expand its product portfolio. As per reports, a newer and upgraded version of the WagonR, known as the ‘WagonR Stingray’ could be launched in India sometime in the near future. The WagonR Stingray would be positioned a few notches higher than the current version, since several improvements have been made in this version. This would in turn enhance the vehicle’s value-for-money quotient. 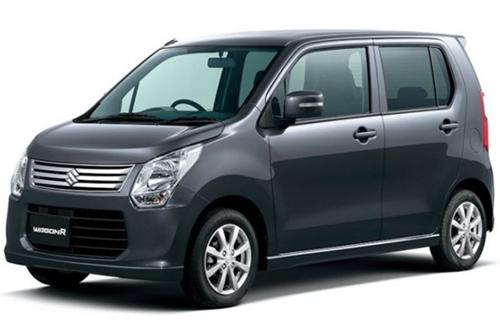 Maruti Suzuki has witnessed great success with the WagonR, selling an average of 12,000 units every month. The new Stingray model will continue to build upon the existing brand image that has been created by this vehicle. The company recorded maximum sales for the WagonR model at 16,950 units in October 2010.

The Stingray was first seen in Feb 2007, where it appeared to be a sportier version of the current WagonR, with assertive front styling and manly cues in a rear. Headlamps on this vehicle would be thinner and deeper, while chrome grille between the two headlamps gives the car a sleek and sporty appearance. On the inside, interiors would have contrasting colour combination, which would give this car a unique look. Experts believe that the new version of the WagonR would generate high sales volumes during 2013 and it should be officially launched around the monsoon. Regarding the same a top company official quoted, “It’s a new upscale various of a WagonR that would be sole along with a existent car. While a hearing prolongation is on a way, a launch should occur in a subsequent few months. It would assistance a association to space out a new reward position for this car, along with a other charity to mangle divided from a immensely swarming Indian tiny automobile market.”

At present, Maruti Suzuki India's WagonR is priced between Rs. 3.57 lakh to Rs. 4.44 lakh (ex-showroom, Delhi). It is likely that the yet-to-be launched Stingray edition many be a little more expensive than the current version. Maruti Suzuki could be hoping that higher sales volume achieved through this vehicle would help in negating the effect of other low volume models.