Maruti Suzuki announced increase in prices of its various models in India. The company withdrew its introductory price offer on its latest model, Maruti A-Star which was launched in November 2008. All the variants of the newly launched global small car from Maruti Suzuki will be costlier by Rs. 10,000. 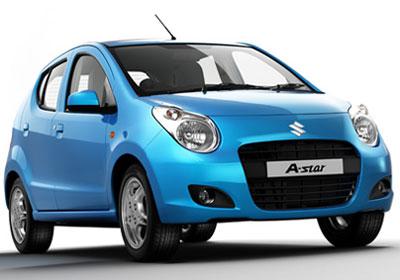 "The price increase has been necessitated due to the increase in input costs and foreign currency changes. There have been regular fluctuations in currency which has forced us to go for this increase in prices," the company said in a statement. It increased the prices of all variants of its SX4 model by Rs. 9000. Its premium hatchback model, Maruti Swift also became costlier by up to Rs. 6000. The increase in price was effective on both petrol and diesel models of Maruti Swift. Its mid-size sedan also got costlier by Rs. 7000.