Maruti Suzuki CelerioX: All you need to know

Maruti Suzuki has expanded the Celerio line-up with the introduction of the CelerioX. Priced at Rs 8000 more than the equivalent version of the standard car, the CelerioX is available is available in eight variants, five colour schemes with both manual and AMT transmission options. 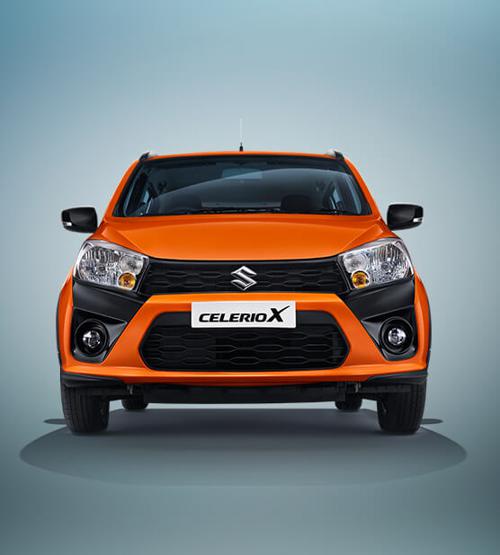 Based on the recently introduced 2017 Celerio, the X variant adds a designed X-theme based graphic around the grille in front. There is protective cladding on side body and bash plate on the rear bumper. The smeared-eyeliner-like effect beneath the headlights is done in gloss black finish and houses the circular fog lamps. The same effect continues on the roof rails and B-pillar. The black treatment continues on the inside with subtle white accents. The black seat trims gets orange piping.

The CelerioX can be had in Vxi, Vxi AMT, Vxi (O), Zxi, Zxi AMT, Zxi (Optional) and Zxi (O) guises. Colour options include – Solid Paprika Orange, Arctic White, Glistening Grey, Caffeine Brown, and Torque Blue. Of which the Paprika Orange is its signature colour. The CelerioX comes with driver-side airbag as standard. Meanwhile, the passenger air bags and ABS are offered as an optional fitment across all trims.

Powering the CelerioX is a K10B 1.0-litre three-cylinder petrol engine producing 67bhp of power and 90Nm. Power is sent to front wheels via a five-speed manual or a five-speed AMT or what Maruti likes to call AGS (auto gear shift). The CelerioX is not offered with the CNG variant of the hatchback.

The CelerioX competes mainly against the Renault Kwid and the Mahindra KUV100. The cross hatch was expected to be launched during the festive season. With the CelerioX, the carmaker is targeting young and spirited car buyers in the country where the standard Celerio appeals to the serious and older car buyers.

Prices for the CelerioX are as follows: (ex-showroom Delhi)