Honda Amaze, the new compact sedan from Honda Cars India, with its great looks and fuel efficiency seems to have caught on the imagination of many domestic customers. Even market leader Maruti Suzuki has started thinking of new ways to promote its vehicle, the Swift DZire. A limited edition of the DZire, known as the Regal was recently launched and a nationwide branding activity known as DZirable Mileage Rally was organised on April 28, 2013. 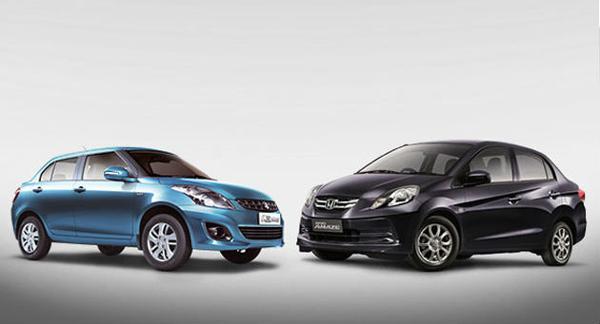 More than 2100 customers participated in the DZirable Mileage Rally, was held on Sunday, across 30 cities in the country. This included metros, state capitals, along with Raipur and Karnal from tier-II cities. The objective was to allow the DZire customers to drive the vehicle and the best three from the country, who obtain highest mileage figures would be declared winners. 105 people participated in Delhi and the average diesel mileage was recorded at 30.9 kmpl, while 26.63 kmpl was obtained in petrol. Similarly, 62 participants in the city of Mumbai took part in this rally. Here, the average diesel mileage was 32.4 kmpl and for petrol versions, it was witnessed as 30.6 kmpl. While the Swift DZire petrol variant, with a fuel efficiency of 19.1 kmpl, beats the Honda Amaze by 1.1 kmpl, the diesel Amaze is ahead of the Maruti sedan by 2.4 kmpl with a mileage rating of 23.4 kmpl, as per ARAI.

Though competition in the compact sedan segment can be taken to an all-new level with the popularity of the Amaze, the top management at Maruti Suzuki does not appear too worried. Speaking on the same, Maruti Suzuki India Vice President (Marketing) Manohar Bhat said, “Competition is in all segment of the cars we sell. We welcome all competition. Our cars speak for themselves by their performance. We are celebrating the 5th year of the DZire and so we thought of conducting such a mileage rally to connect with our customers.”

The new vehicle from Honda is currently keeping Maruti Suzuki on its toes, with the vehicle priced between Rs. 4.99 lakh to Rs 7.60 lakh. On the other hand, the Swift DZire is available between Rs. 4.92 lakh and Rs. 7.50 lakh. (prices in the ex-showrooms New Delhi) As per reports, some 5.5 lakh units of the DZire have already been sold in India since its launch and Maruti Suzuki hopes to keep ahead of Honda with different initiatives.