Maruti Suzuki India Limited is the largest car manufacturer in India. It also holds the biggest small car product portfolio in the country and its models like Wagon R, Alto, M800, Swift have been runaway success since their launch. The company had initiated plans to launch bigger cars in the sedan segment but has now deferred its plans.

Maruti’s parent company Suzuki Motor Corp has scaled down its plans to develop bigger cars owing to the huge demand in the small car segment. SMC had earlier announced to become a complete car maker by manufacturing sedans and larger cars during the launch of its model SX4. It had also planned to launch Kizashi sedan model powered by 3.5 liter engine targeted towards the US market. 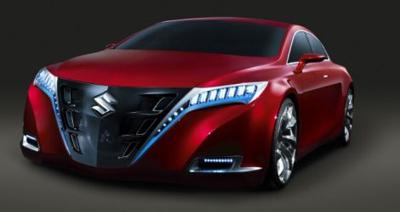 "The market has changed and SMC has now stopped developing such big engines. Now they are developing a 2 litre engine," Maruti Suzuki India Managing Director Shinzo Nakanishi told reporters here. He also added that the 2-liter engine will be the biggest car in company’s product portfolio and it will not go beyond the same in current situation. Moreover, if SMC launched a Kizashi in Japan, the company will definitely bring it to India.

Toyota To Work on Full Capacity from July