The new Maruti Baleno crashed somewhere in Punjab on NH1, driven by Sanjay Sehgal was hit by a potato-laden truck. The Baleno is based on Suzuki’s new fifth-generation platform and is about 100 kilograms lighter. Even the base model on the Baleno comes with dual airbags and ABS as a standard feature.

In this accident, the impact was such that the Baleno overturned and landed on the other side of the highway. The accident was horrifying and four of the six people travelling in the car were dead. Of these six, four were youth between the age of 16-20 years. 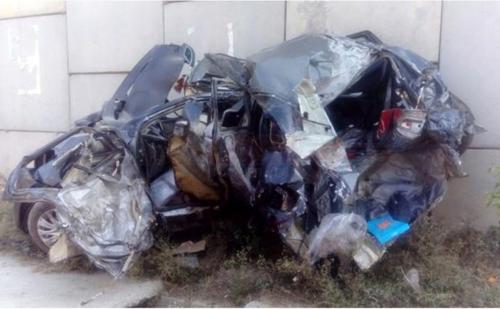 A case under Sections 304-A (causing death by negligence) and 279 (rash driving or riding on a public way) has been registered against the driver of the truck (HP-12-C-9472),” stated the Gharonda station house officer (SHO) inspector Jagdish Mor.

The local police is looking out for the truck driver who flea away from the accident site. The images of this accident show what state the Baleno was left in, raising a question of safety. The Made-for-India Swift got zero star rating in the Global NCAP testing, while the European Swift scored a good rating. Now, the question that araises how does the Indian government react to this and act on this.