Manufacturer expects Bajaj Discover 100 M to be a huge success

Bajaj Auto, the Indian automobile manufacturer, is aiming to finish the year on a high riding on the sales for its newly launched Discover 100 M bike. The company is betting high stakes on its new model in order to tap into the market share of Hero Splendor. To close the gap on the best-selling bike of India, Bajaj Auto will be introducing two new models of Discover range in about six to eight months. As told by Hero MotoCorp, the sales of Splendor reached 1.7 lakh units in the first half of current fiscal year. While for Bajaj's Discover range of bikes, figures stood at 85000 units in the same period. However, the best seller of Bajaj Auto did manage to outperform Splendor in sales during September 2012, only to be overtaken again in a short period of time. 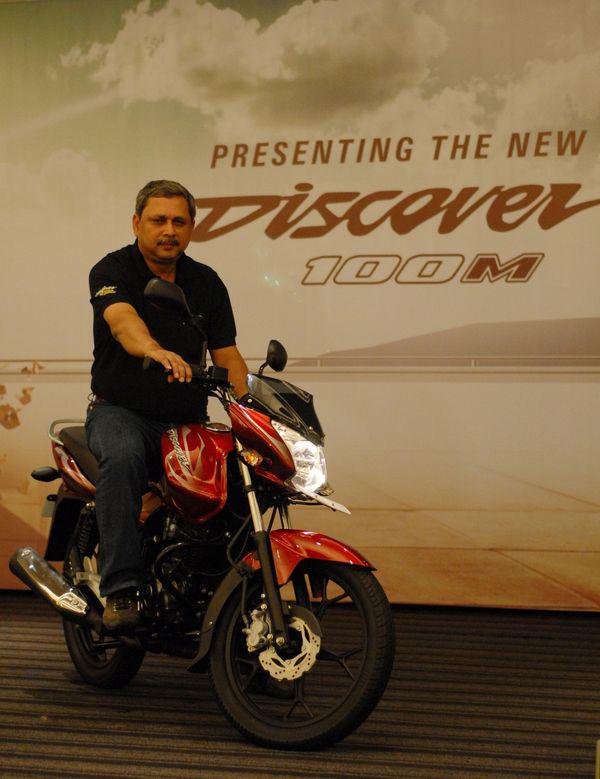 Manufacturer expects Bajaj Discover 100 M to be a huge success

Optimistic about the performance of Discover 100 M, K Srinivas, President of Motorcycle Business for Bajaj Auto, was quoted as saying, “The Discover 100 M is the game changer for us; it should bring us big volumes. We had the presence at the entry level of 100 cc with Discover 4G and a top-end of 100 cc Discover 100T. With the Discover 100 M, we are bridging the gap of the value segment, which accounts for over 45% of the overall motorcycle market.”

With its Discover 100 M model, the two-wheeler company has addressed the gap in mid-price value segment as it accounts for almost 45 per cent market share with sales averaging around 3.78 lakh units a month during the past six months. While for Hero MotoCorp, the Splendor range of bikes holds around 50 per cent share in the motorcycle segment, for Bajaj it amounts to 18 to 20 per cent with approximately 75000 units sold each month. The newly launched bike from Bajaj is priced from Rs. 45996 to Rs. 49000, excluding insurance and road tax in the capital. According to industry experts, general consumer sentiment that prevails in India is that if two bikes of similar value are present, people have the tendency to choose the lesser priced one.

The leading two-wheeler company of India told that its Splendor model has been the largest selling product for a while now, recording sales of more than two million units in last fiscal. In addition, the Indian firm sold 1.3 million units of Passion. Further commenting on this, the spokesperson for Hero MotoCorp said that the top three products that are faring well in the bike market are from the company's stable. “We have already sold more than a million units (10,39,006) of Splendor, which is more than double of Discover (5,01,270 units). In fact, another Hero motorcycle brand, HF Deluxe, alone has sold 5,07,397 units during this period, which is more than what the entire Discover family sold during the same time,” he said.

Lamborghini Veneno Roadster to be priced at 3.3 million Euros