Mahindra and Mahindra is planning to step up its production of its model Xylo. The company had launched the model last month with a catchy slogan “The Era of Sedans is Over”. The model has been extremely popular among the SUV lovers in India and has lent the much needed sales support to the company. 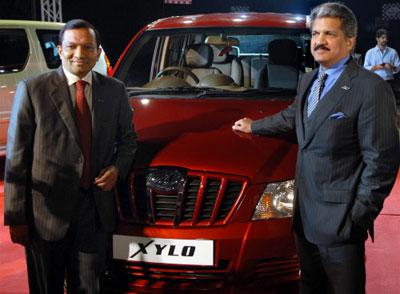 The company stated that it is stepping up its production plans to reduce the waiting period for its customers. "For the Xylo, we have a waiting list of five weeks. We are now trying to lower that. We are already doing that (ramping up production)," Mahindra and Mahindra's Vice Chairman and Managing Director, Anand Mahindra, told reporters on the sidelines of Frames 2009. He further added that the car "has the lowest inventory level with dealers probably in history." "Our inventory with dealers is lower than what we targeted because we were apprehensive about where the market was going," he said.

Mahindra and Mahindra is a major player in the rural market in India. It is also designing new plans for its rural market products and marketing strategies.