Mahindra & Mahindra Limited, one of India's leading auto makers, has entered the immensely competitive hatchback segment with its Verito Vibe model in the country. The newly launched car can be called a chopped-down version of the Mahindra Verito sedan. Therefore, Verito Vibe is a distant cousin of the Renault Logan from which its sedan sibling Verito traces its roots. 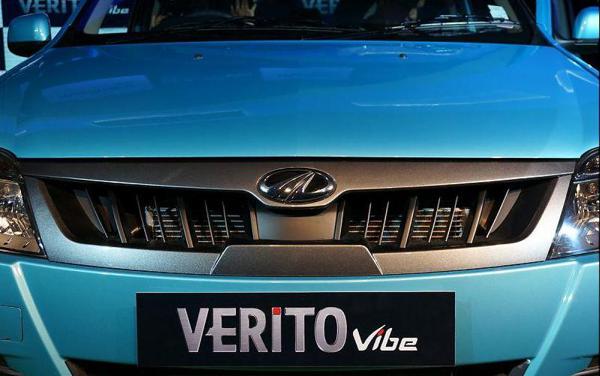 Industry experts are of the opinion that new Verito Vibe has refreshed the old Renault Logan's boxy looks and is easily one of the most capacious models available in the premium hatch segment of the Indian auto market. Few automobile critics have said that Mahindra's new hatch has 90's boxy appearance, but looks are always subjective and vary from person to person.

The Vibe derives most of its front design from the Verito sedan, but has a peculiar rear design. The rear design features tail lamps mounted on the C pillar that seems slightly out of shape. Verito Vibe hatch boasts of a class leading boot space at 330 litre, which matches boot volume of many sedans available in the Indian auto market.

Under its hood, Mahindra Verito Vibe is powered by a 1.5 litre dCi diesel engine that develops a peak power output of 64 bhp. The same power-mill is also fitted in the Verito sedan and is popular for its fuel efficiency and decent performance. The 1.5 litre oil burner delivers an impressive mileage of 20.8 kmpl.

At present, Mahindra Verito Vibe competes against Maruti Suzuki Swift, Hyundai i20 and Volkswagen Polo models in the Indian auto market. The Vibe models are available within a price band of Rs. 5.63 lakh to Rs. 6.49 lakh (ex-showroom Mumbai).