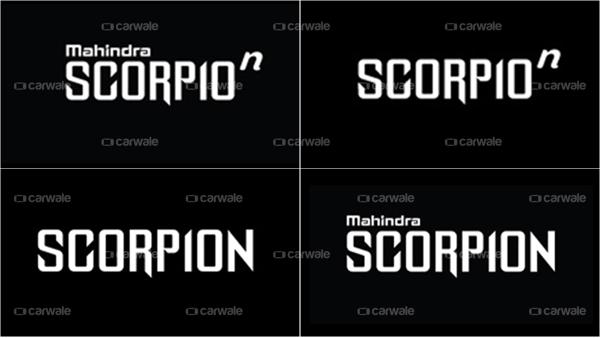 New trademark applications have been filed by Mahindra for the upcoming new-generation Scorpio. The fresh applications have been moved last week before the registry for seeking trademark on the names ‘SCORPION’ and ‘SCORPIOn’. The marks are yet to be scrutinised and approved for use by the company. Earlier, the name ‘Scorpio Sting’ was also approved for use by the Indian car-maker; the details of which are mentioned here.

There is also news doing rounds of the internet that Mahindra is working on a new brand logo which is likely to replace the existing one. It remains to be seen as to which name is preferred by the brand for the upcoming SUV. The new Scorpio will get redesigned exterior styling with LED headlamps, multi-slat front grille, and reworked fore and aft bumpers. Recently, a test mule of the lower variant was spied testing on public roads and you can read all about it here. 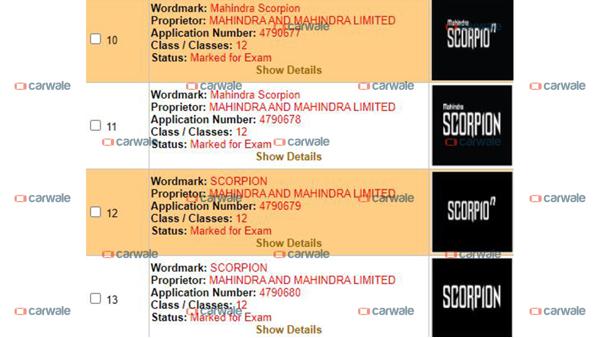 The interiors are expected to be heavily revamped with a new layout for the dashboard with a dual-colour theme, bigger touchscreen infotainment system, revised driver’s display unit, driving modes, a probable sunroof, and seats with better support and comfort. Although the launch date is not disclosed yet by the company, we expect it to break cover sometime later in 2021 after the launch of its elder sibling, the XUV500. The engine details are not confirmed at the moment, but we expect the new Scorpio to be powered by the brand’s 2.2-litre diesel and 2.0-litre TGDi petrol motor doing duties on the newly launched Thar. Transmission options are likely to include a six-speed manual and a six-speed automatic gearbox.

Jeep Compass facelift teased ahead of debut on 7 January, 2021 The manufacturer also stated that it has an annual production capacity of 15,000 vehicles, which is also the sales target for the Atto 3. Mercedes India to hike prices from start of 2023

Mercedes India to hike prices from start of 2023 Cars made between 2nd and 28th of November