Mahindra and Mahindra has become the top player in the SUV segment, say the sales figures for April 2009. All three models from the company have notched top position in their segment and their combined market share now stands at 65% as against 47% last year. Sales figures of Scorpio, Xylo and Bolero have raced past against of Toyota Innova, Tata Sumo and Safari models.

“There is a lot of pent-up demand following the slowdown in October-December 2008. We will see the same momentum for the next few months. The fiscal stimulus and lower interest rates have fuelled consumer purchases,” said Pawan Goenka, president of M&M’s automotive division. But the company might find it difficult to maintain this performance. “We are certainly cautious,” Mr Goenka said. 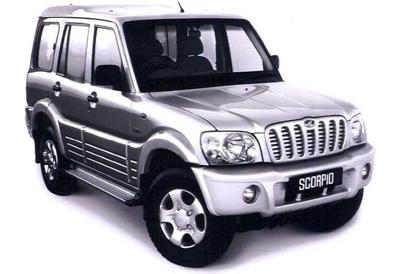 Mahindra and Mahindra recorded a net growth of 16% in its sales figures that included figures from its joint ventures as well by selling 22,617 units in past month. Elections is one of the reasons attributed to high sales volumes past month as Mahindra models are known for their sturdy stance on rural roads and the ability to withstand the rough terrains there.

Over 6,000 units of the Bolero were sold in April, with the newly-launched Xylo selling 3,509 units and the Scorpio doing 3,100 units. Against this, the Toyota Innova sold 2,834 units, while the Tata Sumo sold 1642 units (including 174 units of Grande) and the Safari sold 774 units. Xylo still remains one of the most successful models since it was first launched in January 2009.