The much awaited S101 from Mahindra and Mahindra has been spotted on-test by sources thereby hinting on its possible launch sometime soon. The Micro-SUV could likely be rechristened as either YUV100, XUV100 or KUV100. Official specs are not known for now, it is believed that the vehicle may be offered with features like airbags, in-dash music system with bluetooth, Aux and USB and steering mounted audio controls. 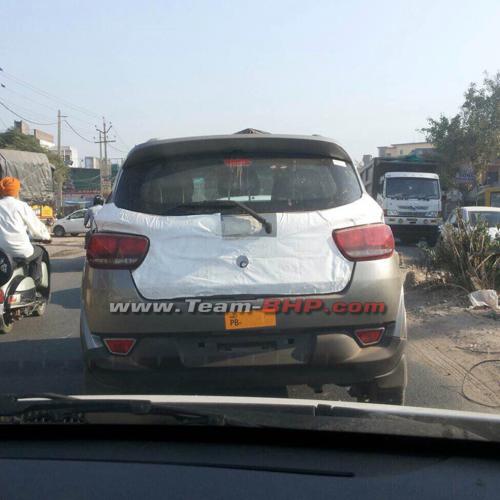 In terms of design, the vehicle gets new smoked up headlamps, new tail lamps, rear windshield with wiper. The test mule also featured integrated rear spoilers. The bumpers sport front and rear fog lamps with chrome accents. The interior could possibly carry a little premium feel as compared to its competitors. More details about the vehicle may be known later.