Mahindra Two Wheelers Limited, a division of the $16.2 billion Mahindra Group, has received brilliant response from its recently introduced Centuro motorcycle as it has reported more than 10,000 bookings within just 3 weeks of its launch. It must be noted that Mahindra Centuro has been designed at the auto maker's in-house research & development centre in Pune. Launched on July 1, Centuro represents the commitment of Mahindra Two Wheelers towards emerging as one of the key players in the Indian two-wheeler space. 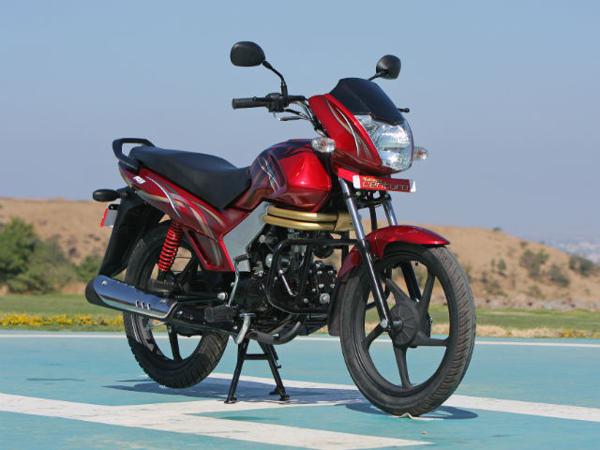 Expressing his views on the overwhelming response to the Mahindra Centuro, the President of Two Wheeler Sector and Member of the Group Executive Board at Mahindra & Mahindra Limited, Anoop Mathur was quoted as saying, “On behalf of the entire Mahindra Two Wheelers family, we would like to take this opportunity to offer our heartfelt thanks to our customers for the confidence they have shown in us. We have worked hard to develop the innovative Mahindra Centuro and this overwhelming response is a testament to the Mahindra Centuro’s potential in the Indian two wheeler market.”

Industry experts are of a view that Mahindra Centuro features an array of patented innovations, which meet with the practical demands of Indian buyers that are hardly seen in any of the same segment bikes. Centuro has been powered by the Mahindra’s indigenously developed MCi-5 (Micro Chip ignited-5 curve) engine, which churns out a maximum power of 8.5 bhp at 7500 RPM, along with a peak torque of 8.5 Nm at 5500 rpm. With this output, the performance oriented engine of Mahindra Centuro delivers an unmatched fuel economy of 85.4 kmpl, as certified by ARAI.

Viren Popli, the Executive Vice President at Mahindra Two Wheelers, said, “We are truly delighted that the Mahindra Centuro has garnered over 10,000 bookings in such a short period of time. At the same time, we are very aware of the enhanced customer expectations and are striving to meet and exceed them.”

Besides a brilliant engine, other key highlights of Mahindra Centuro include an encrypted Remote Flip Key, Anti Theft Alarm with Engine Immobiliser, Find Me Lamps and Guide Lamps for enhanced visibility. Interestingly, the model also has a service reminder, advanced Digital Dashboard with a Distance to Empty (DTE) indicator and economy mode indicator. A maintenance free battery, which is backed by a 5-year warranty, is another key USP of the motorcycle. With all these features, the bike has been offered at a competitive price tag of Rs. 45,000 (ex showroom, New Delhi).