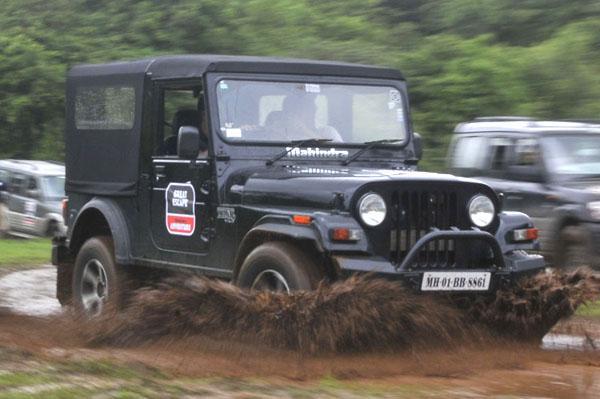 Expressing his views on the launch of season 3 of Mahindra Adventure, Vivek Nayer, Chief Marketing Officer, Automotive Division, Mahindra & Mahindra Limited, was quoted as saying, “After the successful run of Mahindra Adventure Season 2, we are all geared to unleash a series of Adventure initiatives throughout the year that promise even more thrills for the adventure seekers. Having covered 3 countries in the previous season, Mahindra Adventure is now ready to extend its global footprints as it takes on all 5 continents in the first of its kind Mahindra Adventure Challenge - Intercontinental 2013. We are confident that the tough and rugged Mahindra DNA will ensure that our vehicles come through with flying colours as they traverse varied terrain across the continents.”

The Great Escape is arguably among the most action packed motorsport events organised by Mahindra Adventure every season. The endurance race tests the rugged build and strength of Mahindra’s All Wheel Drive (AWD) or 4x4 capable models on many uncertain and demanding tracks. Further, unlike like previous seasons, this year’s Great Escape would also be organised at Shillong, Hyderabad and Ooty.

Mahindra Adventure also organises Time Speed Distance (TSD) rally races, such as Spice Challenge and Monsoon Challenge, both of which are held for four days. These rallies underline the company’s efforts towards providing nerve wrenching and adrenaline fuelled motorsport opportunities to both participants and off-road enthusiasts.

In order to enhance its presence in the off-roading motorsporting circuit, Mahindra Adventure has recently started the Mahindra Off-road Training Academy at Igatpuri, Maharashtra. Being the country’s first fully dedicated training facility for learning off-road driving, the Mahindra Off-road Training Academy is a big initiative on part of the company. Further, this one of its kind facility is spread across 28 acre space.

Mahindra Off-road Training Academy has already started its enrolling procedure and provides a wonderful opportunity for learning off-road driving. Interested drivers can book their training slots at http://www.mahindraadventure.com, and three driving courses are offered by the academy, at present. The courses are categorised as Basic (Getting Dirty), Intermediate (Trail Survivor) and Expert (Global Explorer). Most interestingly, customised Mahindra Thar models are used for training purposes at the Mahindra Off-road Training Academy. According to the course enrolled, the participants can hone their skills in several areas, such as 4WD theory (part-time 4WD/full-time 4WD), off-roading do’s and don’ts, components of a 4WD system, use of off-road equipment, terrain specific driving techniques and doing emergency repairs.

Speaking on the newly opened Mahindra Off-road Training Academy, Vivek Nayer said, “We are also happy to announce the launch of the Mahindra Off-Road Training Academy, India’s first dedicated facility, to provide a one stop solution to learning every aspect of off-roading with a Mahindra 4WD. We are sure that this facility will find good traction in the changing aspirations and lifestyles of the upwardly mobile Indian consumer.”