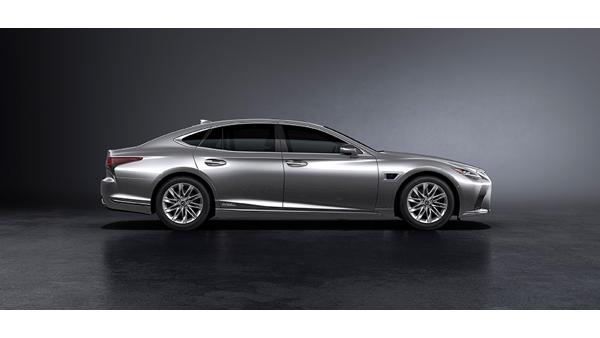 Lexus has revealed the updated version of its flagship sedan, the LS. The fifth-generation model was introduced in 2017. The model received sporty styling elements in the form of a distinctive humongous grille and coupe silhouette. The company claims that for the updated model, engineers have focused on elevating the sedan's level of comfort and overall refinement to help balance a range of new dynamic improvements that align with the brand's Lexus Driving Signature initiative.

The updated model gets a new paint colour, called Gin-ei Luster. This paint is applied using the Sonic method, which condenses the volume of paint containing radiant material (aluminum flakes). It is believed that the Gin-ei Luster offers a mirror-like texture. The positioning of a vertical-themed character line in the corner parts of the front bumper offers an imposing stance. The front bumper gets chrome trim on its lower edge wrapped around to the sides for a lively appeal. Moreover, the grille mesh has been changed to a dark metallic for a classier appearance. 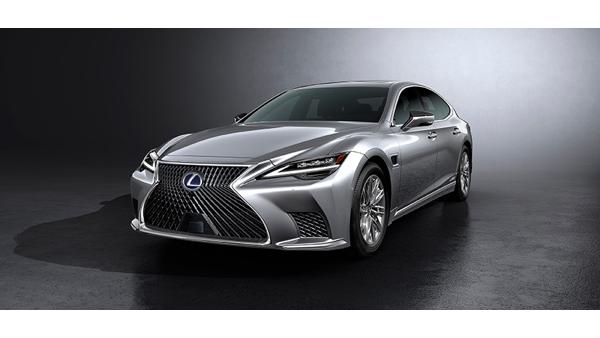 The LS gets the BladeScan AHS (Adaptive High-beam System), from the partially redesigned 2019 Lexus RX. In this system, LED-sourced light shines onto a blade mirror spinning at high speed and is transferred to a lens to illuminate the road ahead. While the light does not appear to be moving due to a residual image effect, the system precisely controls light distribution by synchronising the rotation of the blade mirror and switching the LED headlamps on and off. In the LS sedan, the BladeScan AHS is installed below the newly designed, compact, three-bulb lamp units and clearance lamps that have an accentuated ‘L’ design. The chrome trim within the rear combination lamps has been switched to Piano Black to enhance harmony with the headlamps.

In the F Sport version of the new LS, the garnish of the sub-radiator grilles wraps around to the sides so as to underline the vehicle's wide stance. Other elements that help to accentuate the F Sport's more dynamic image include a dedicated colour for the spindle grille and 20-inch wheels. 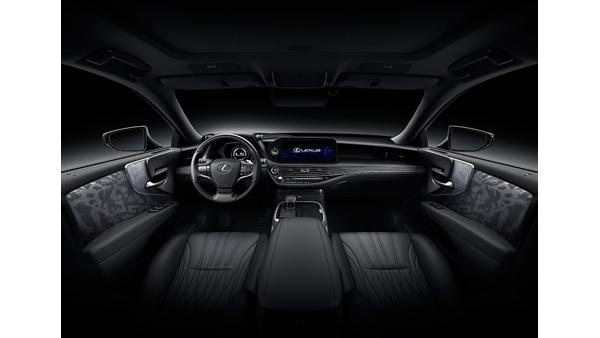 The centre console and the controls on the steering wheel are black coloured, as the company claims that it helps in providing improved visibility and a clear-cut impression. For easier access, the switch for the touch display and controls for the seat and steering wheel heater has been added to the centre console. The vehicle gets a large 12.3-inch touch-operated wide display with Android Auto and Apple CarPlay. The vehicle also gets a digital rearview mirror that features a larger high-resolution display for improved visibility of the area behind the vehicle. The seat coverings feature deeper stitch points, and underlying seat pads feature low-resilience urethane. Vibration absorption and soft seating claims to offer more enhanced comfort.

In the LS 500h hybrid version, increased battery assist during acceleration at often-used driving speeds so as to contribute to strain-free acceleration. Additionally, quietness has been improved by lowering maximum engine revolutions during departure acceleration. In the LS 500 gasoline-engine version, improved initial engine torque at often-used driving speeds leads to greater acceleration response. Improved shift timing and a wider acceleration range for each gear has resulted in less-frequent downshifts. These improvements make possible driving that is powerful and with room to spare. Both the hybrid version and the gasoline-engine version of the new LS have reportedly undergone active noise control and engine sound enhancement tuning for improved quietness. Moreover, the vehicle also gets newly developed adaptive variable suspension to reduce damping force.