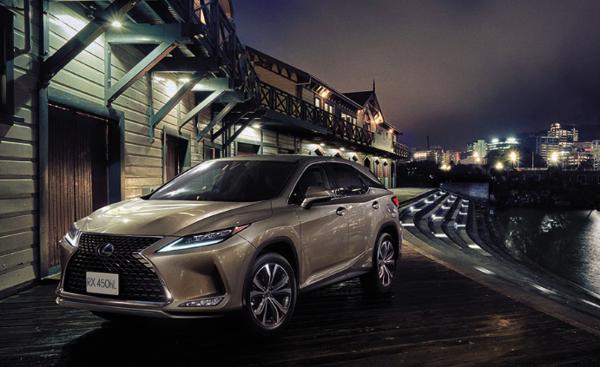 Lexus has launched the RX 450hL in India at Rs 99 lakhs (ex-showroom, New Delhi). Toyota’s luxury arm, Lexus has launched the fourth-generation model of the globally-popular self-charging hybrid electric SUV in India. The SUV gets a third-row seating along with all the modern convenience features.

In terms of design, the new RX 450hL gets revised character lines that run from the front to the rear of the vehicle. The SUV gets L-shaped LED lamps with integrated LED DRL that creates a signature Lexus arrowhead-shaped illumination. The advanced LED turn signal lamps illuminate sequentially from the inner side to the outside of the headlamps. LED lamps integrated into the front bumper reduce power consumption while providing a bright beam, which as claimed by the company allow excellent visibility for safe driving during the night. The new model gets an improved suspension and increased body rigidity over its predecessor.

As for the interior, RX features a new touch-display screen in addition to the Lexus-original remote touch interface. Besides this, smartphone usage is also incorporated into the design, with a new phone holder and USB port, plus connectivity to Apple CarPlay and Android Auto. The system also allows voice control via native cloud connection, or customers’ phones to Apple Siri or Google Assistant. Similarly, owners can also select either Lexus navigation or smartphone versions for navigating.

Speaking on the launch, P B Venugopal, President, Lexus India, said “RX 450hL is a self-charging hybrid electric vehicle that offers luxury, space, quietness, craftsmanship and elevates the senses with every moment of the journey. The improved technology, design, and attractive pricing will surely make RX 450hL a desirable car for our discerning guests. We take the introduction of the new RX as our continued commitment to the Indian market and valued addition to our existing line of offerings.”

Tata Nexon EV to be launched in India early next year, expected to be priced between Rs 15-17 lakhs