Lexus LX450d made its Indian debut with a price tag of Rs 2.32 crore (ex-showroom Delhi). The seven seater flagship SUV is based around the rock solid Land Cruiser with added goodness from Lexus’ premium brand qualities. The LX in a 450d trim is available in a single top-of-the-line model with a V8 diesel engine and across seven colour options. 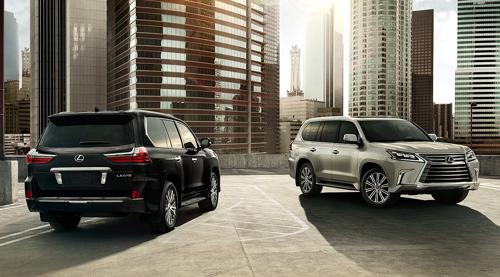 Under the imposing bonnet, the 450d has a 4.5-litre V8 breathing out 270bhp and 650Nm. The six-speed automatic gearbox channels the power to all four wheels sending the 3.3tonne monster to a 100kmph from standstill in just 8.1seconds before hitting its top speed of 210kmph. There are four driving modes to choose from - Normal, Eco, Sport S and Sport S+. This car comes with a plethora of driving aids, for on and off-road assists such as multi-terrain select, crawl control, variable flow control (VFC) for steering, active height control (AHC), multi-terrain monitor, adaptive variable suspension (AVC), stability and traction control, hill-start and hill-descent assist, and variable gear ratio steering (VGRS) to name a few.

Everything about this eight-seater is larger than life. The LX doesn’t just garner road presence, it demands respect wherever it ventures out to. The imposing nature of the seven seater SUV is complemented by an opulent two-tone leather-lined cabin. The dashboard is dominated by a large screen atop the multi-button centre console. A 19-speaker Mark Levinson audio system comes with a wireless charging port. There is a four-zone climate control with screens for rear passengers and reclining seats. The front seats are power adjustable, as is the panoramic sunroof. It's loaded with features and gets all those luxury touches expected from vehicles in this part of the market. Lexus is Toyota’s luxury brand and the 450d ensures that you get a good, healthy dose of luxury. 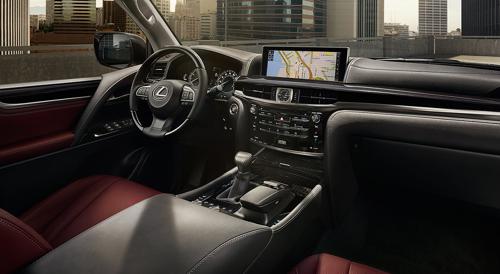 On the safety front, the LX450d gets a host of airbags along with driver aids like ABS with EBD, and an electronic stability program (ESP) replete with traction control, seatbelt pre-tensioners and even skid control as standard fitment. It also gets ISOFIX mounts for child seat as a standard.

Lexus has positioned the flagship LX at the apex of the SUV spectrum in India. In this segment, the LX faces a stiff competition from the likes of Mercedes-Benz GLS, new Audi Q7, Porsche Cayenne, Range Rover Sports and its sibling Toyota Land Cruiser. All these SUVs are well established in India with their cult fan following. So Lexus has to carve out a niche for itself, but with a unique identity amongst all the other luxury car offerings in the Indian car market.

As a CBU vehicle, the LX retails at a very steep price. For this price and a little extra, one could consider the opulent Mercedes-Benz Maybach S600. The Gelandewagen G63 or the Italian exotic Maserati Quattroporte GTS both can be had at a similar price range. The Aston Martin V8 Vantage Roadster can also be considered if a British sports car is what you desire. The tree huggers, on the other hand, can opt for a plug-in hybrid sports car – the BMW i8.

Volkswagen Virtus to debut in November