Lexus will further strengthen its footing in India with the launch of its flagship sedan, the LS 500h on 15 January 2018. The Japanese luxury vehicle manufacturer entered the Indian market earlier this year with the RX and the LX series SUV’s and has recently introduced the NX compact SUV as well. Alongside the SUV’s, the only sedan in the line-up was the ES 300h which goes up against cars like the Mercedes-Benz E-Class and the BMW 5 Series. What they were lacking was a flagship sedan which would GO up against the big boys like the S-Class and the 7 Series. And since Lexus is all about premium luxury, they needed a big tech loaded luxury sedan in the Indian market. 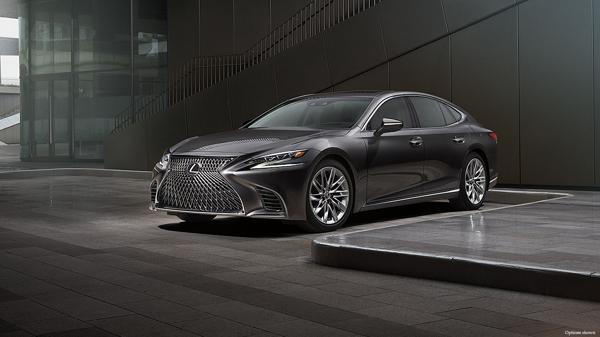 Like its other cars, expect the LS to be quite different compared to the competition when it comes to the exterior design. With a long bonnet and short boot, the LS does not follow the competitions standard three box pattern and is more coupe-ish. At over 5.2 meters long, it’s a massive car and is sure to generate oodles of presence with all those sharp lines running across along with that huge spindle grille. Powering the car will be a 3.5 litre V6, assisted by two electric motors giving the car a combined output of 354bhp. This along with the 10-speed transmission is enough to propel the LS 500h to a 100kmph in a quick 5.2 seconds.

Being a CBU, the LS 500h will go head on against the Mercedes – Maybach S500 priced at Rs. 1.86 crores and the BMW 750 Li M Sport which is priced at Rs. 1.68 crores. Now that is some serious competition. Bookings for the LS have already begun. Keep watching this space for more!