Bollywood actor John Abraham has always been open and quite explicit about his love for motorbikes. In fact, the actor gained popularity with his famous act on the Suzuki Hayabusa in the film Dhoom, which was released in 2004. Over the years, John Abraham has been spotted on the roads of Mumbai, riding on different bikes like the Yamaha R1 and Yamaha MT-01. However, recently Abraham was in the news for purchasing the stylish and powerful car, Lamborghini Gallardo. Notably, John Abraham is also a lover of Sports Utility Vehicles (SUVs) and owns an Audi Q7, apart from a Maruti Gypsy. In the past, he has gifted an Audi Q3 to a relative before getting himself the Q7. His liking for Audi is not just limited to personal choices, as the actor is a brand ambassador of the German luxury car maker. 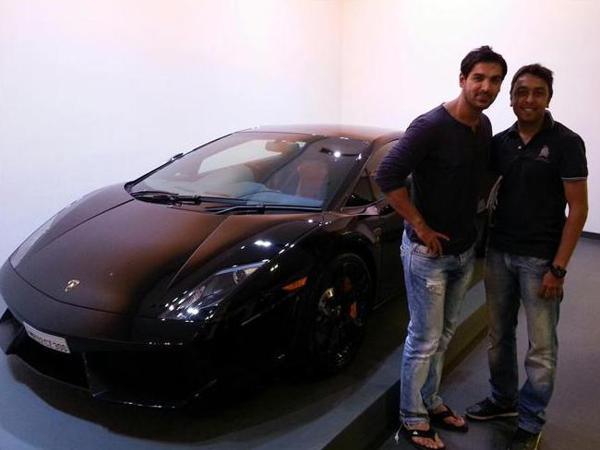 John purchased the Lamborghini Gallardo somewhere in the first half of 2013, creating a lot of buzz in the fraternity. The Gallardo, some would say, seemed like an automatic choice by the star as Lamborghini is owned by Audi, which is a part of the Volkswagen group. John has been spotted driving the Lamborghini around in Mumbai. Recently, he was seen driving around in his new machine with friend Karan Johar, who produced Dostana, one of John's highly successful films.

Industry experts say that John Abraham's choice of buying the Lamborghini Gallardo, despite the news of an upcoming replacement on the cards, was an intelligent one. According to reports, the hike in imported car duties have made sports cars like Gallardo expensive by around Rs. 1 crore. John has also potentially reduced his tax liability as he will be able to claim depreciation on the super car. The Lamborghini Gallardo LP550-2, the one owned by the actor, is equipped with a 10-cylinder DOHC 4-valve common-pin crankshaft engine that has a displacement of 5204 cc. This engine is capable of producing a maximum output of 550 bhp at 8000 rpm and a torque of up to 540 Nm at 6500 rpm. It can reach 100 kmph from 0 kmph in around 3.9 seconds, featuring a top speed of up to 320 kmph.

Currently, John Abraham is enjoying a good phase in his career, playing different kinds of roles. He won a lot of acclaim for his portrayal of Mumbai gangster Manya Surve in the recent film Shootout at Wadala, which also starred Anil Kapoor, Kangna Ranaut and Manoj Bajpai. Last year, John turned producer and his film, Vicky Donor, starring Ayushmann Khurrana, did really well at the box office. John's next production, named Madras Cafe, is slated to release by August 2013. Madras Cafe, a political action thriller directed by Shoojit Sircar, stars John himself and actress Nargis Fakhri of Rockstar fame.

Skoda Octavia vRS unveiled; to be launched in India