Ford Motor, the much appreciated American auto maker, is all set to launch its much awaited EcoSport compact Sports Utility Vehicle (SUV) in the Indian auto market on June 26, 2013. Reportedly, the auto maker will start rolling out its model in the industry from its Chennai based production unit. However, it must be noted that the auto maker has not yet revealed the pricing of the 2013 EcoSport. Initially, the model was showcased at the 2012 New Delhi Auto Expo and has already won a number of titles for Ford India, before its launch. Industry experts believe that the model will be priced in a bracket of Rs. 7 lakh and Rs. 10 lakh. 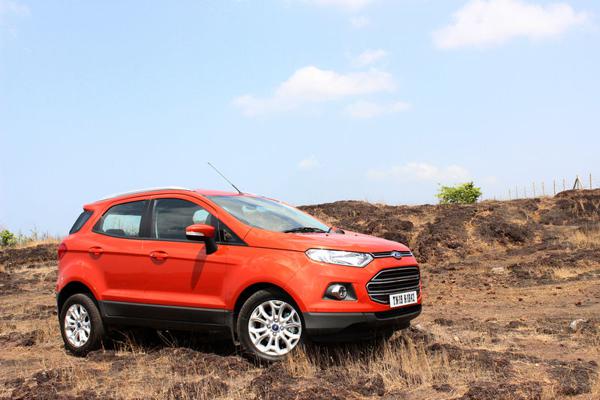 Interestingly, the car has been already introduced in several auto markets like Brazil and China, and will be now offered in the Indian auto market. Reportedly, a number of auto enthusiasts are following for the launch of this model from a long time. On this, the President and Chief Operating Officer of Ford Motor Company, Alan Mulally was quoted as saying, “India is a great market and is the lead edge indicator as to what people want in the world. We are going to pay more attention to this segment. You will see more products in that segment.”

Sources close to the development process have revealed that the EcoSport will be launched in four different trims, namely Ambiente, Trend, Titanium and Titanium Optional. The manual transmission system of 1.5 litre engine option will be offered in three different variants, namely Ambiente, Trend and Titanium, whereas the 1.5 litre automatic transmission model will be only offered in the Titanium package. Reportedly, the Titanium and Titanium (O) trims will come equipped with features like smart keyless entry and push button start.

In order to lure a number of buyers, the upcoming model will be offered in seven colour options, with two colour options at interiors - charcoal black + warm neutral grey (provided on all models except on Titanium (O)) and charcoal black + dark shadow grey (exclusive of the top end Titanium (O) variant). Reportedly, the base model of 2013 EcoSport will feature safety advancements like Anti-lock Braking System (ABS) and airbags, along with manual air conditioning system, Bluetooth audio system and manual rear windows.

The Trend trim will feature ABS and Electronic Brake-force Distribution (EBD), but will not be provided with airbags. Other key highlights of this variant will include height adjustable drive seat, steering mounted audio controls and front as well as rear power windows. The Titanium version will sport power windows, automatic air conditioning system, steering mounted controls, Microsoft SYNC, 16-inch alloys, dual airbags, reverse parking sensors and chrome exteriors. The top of the line model, Ford EcoSport Titanium Optional, will be offered with features like leather seats, push button start, keyless vehicle system and side curtain airbags, in addition to the features present in the Trend.