Jaguar Land Rover, the iconic British luxury automotive marque and Tata Motors' subsidiary, opened its new engineering test centre in Dubai on May 13, 2013. The aim of this centre is to test their vehicles as per various parameters, especially for weather during the hot season. In the summers, temperatures in Dubai typically touch anywhere between 48 to 50 degrees Celsius. During this period, a rigorous range of tests on durability, calibration and hot weather, to check for heat and humidity will be conducted at the new 11,120 sq. ft. facility, located in Al Barsha area of Dubai, UAE. The new centre will replace a previously smaller setup in Dubai.

The extreme hot weather testing will also take place for powertrains, chassis and heat and ventilation systems. It would also include off-road and sand driving capability of Land Rover’s unique Terrain Response system, fitted in every Land Rover vehicle. This new facility will help the company enhance its products further for the Middle East. Five global test facilities are available for Jaguar Land Rover, namely Nurburgring (Germany), Arjeplog (Sweden) Phoenix and International Falls (USA), along with Dubai in the UAE. 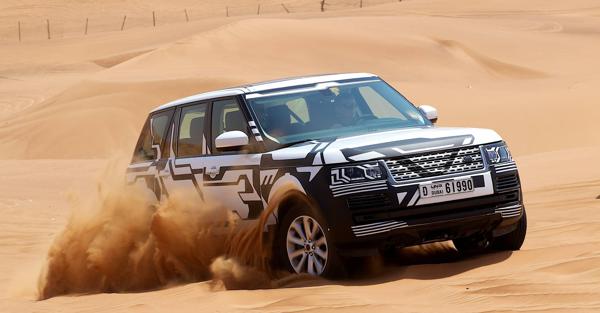 Speaking about the future of testing programs for the company, Jaguar Land Rover Director of Engineering Technical Services Martyn Hollingsworth said, “Jaguar Land Rover has ambitious plans for growth, and since 2008 we have been investing to enhance our engineering capability to help us deliver an unprecedented number of new and refreshed Jaguar and Land Rover models.” He also added, “Our new facility in Dubai is four times the size of the previous test centre. The engineering team is an important part of this is rigorous environmental testing of our vehicles to ensure they can withstand even the harshest conditions.”

Echoing on the same lines, Robin Colgan, Managing Director (MD) for Jaguar Land Rover Middle East and North Africa (MENA) was quoted as saying, “We are delighted at the expansion of Jaguar Land Rover’s test facilities in the Middle East. Dubai offers some unique and very challenging environmental conditions, so if a vehicle passes our tests here we know it will perform in any hot weather environment. The new facility will be crucial to the company’s continued success as every model for the European and MENA markets will be certified here in Dubai following thorough testing before going into global production.”

In the year 2012, Jaguar Land Rover, which is part of the Indian auto manufacturer Tata Motors, sold 357,773 vehicles globally, which was a rise of 30 per cent as compared to the previous year. During FY 2011-12, record profits of 15 billion pounds were earned by the luxury car and SUV manufacturer. This is an increase of a whopping 392 million pounds over the previous fiscal. The company is the largest Research & Development (R&D) investor in the UK market. At present, it is good to see that Jaguar Land Rover is able to post positive growth figures in the luxury vehicle market, despite an overall economic slowdown in the world economic markets.

Honda on the rise while Hero, Bajaj suffer decline in bike sales during April