Jaguar, the British multinational automobile manufacturer, officially made the announcement of launching the F-TYPE sports car that will provide a power-packed performance, agility and acceleration. Jaguar has a reputation of being known for its sports vehicles for around 75 years, which have got them worldwide recognition from both car lovers and critics. Jaguar F-TYPE will accompany the XK convertible and coupe vehicles of the sports and GT model family. 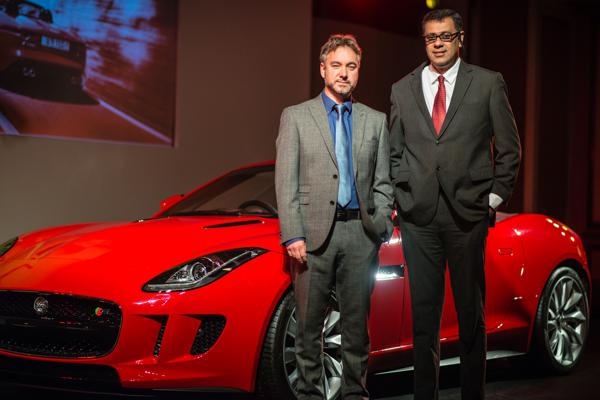 “The Jaguar F-TYPE is our all-new, two seater sports car and we believe it will be a game changer for the Indian sports car market. With its stunning design and driver focused engineering, this car will further enhance the appeal of our brand and I am confident that it will arouse senses and stir emotions like no other car in India,” said Rohit Suri, Jaguar & Land Rover India's Vice President.

The car will be available in two variants, namely the F-TYPE S and F-TYPE V8. While the former will be powered by 3 litre supercharged V6 petrol engine, the latter will be fitted with the V8 supercharged petrol 5 litre engine. The models are expected to be priced at INR 1.37 Crore (F-TYPE S) and INR 1.61 Crore (F-TYPE V8 S). Earlier in the year, Jaguar India launched the XF model, which is powered by a 2.2 litre diesel engine. This locally assembled vehicle has helped Jaguar India record a growth rate of 68 per cent in sales during the first quarter of the fiscal year. There is a lot to be admired about the Jaguar F-TYPE, such as appearance, aerodynamics, plush interiors, acceleration, power, transmission and the durable structure, to name a few.

Regarding its exteriors, the Jaguar F-TYPE has a muscular yet elegant look that adds to its style quotient along with ensuring excellent driving. It is constructed on the concept of lightweight aluminium architecture, which is an industry-first technology directed at providing agility, control and better handling. Some of the main features of the exterior design of the F-TYPE include full rear LED lamps, a deployable spoiler and clamshell hood.

Performance is the USP of the Jaguar F-TYPE and is sure to attract a high number of sports car buyers. The V6 engine in the F-TYPE S model is capable of generating an output of 380 bhp while the V8 S model can churn out 495 bhp. These models can reach from 0-100 kmph in a span of 4.9 seconds and 4.3 seconds, respectively. The F-TYPE boasts of the dual independent variable cam timing (DIVCT) system, which facilitates high and quick actuation rates. Spray-guided direct injection phenomenon ensures that accurate quantities of fuel are fed into centres of combustion chambers. There are several other intelligent technological systems in the Jaguar F-TYPE, such as Stop/Start, Active Exhaust, Eight-speed Quickshift Automatic transmission, Dynamic Launch Mode, Limited-Slip Differentials, among many others.

In a nutshell, the two seater convertible sports car – Jaguar F-TYPE is believed to be the perfect car to launch the comeback of Jaguar into the sports car segment, for which it has always been known and revered. The team working behind this project has termed it as one of the most challenging ventures they ever undertook.