Isuzu India, the well appreciated Japanese auto maker, seems to be working on some aggressive plans for the Indian auto market. Sources close to the development process stated that Isuzu will be starting the Completely Knocked Down (CKD) assembly of its MU-7 Sports Utility Vehicle (SUV) and D-Max pick up truck near Chennai by the end of 2013, at the facility of Hindustan Motor. Isuzu is presently operating through its two dealerships at Coimbatore and Hyderabad in the Indian market, and the count is expected to be raised to about 10 by the year end. 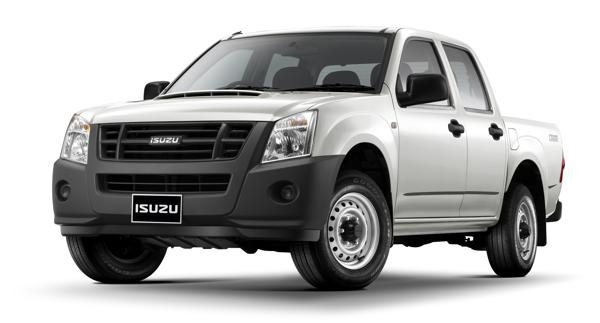 The Japanese auto maker is aiming to have around 60 outlets across India by the end of 2016 and remaining ambitious with 160 by the year 2020. For a start, the main areas to be covered are the four southern states – Tamil Nadu, Kerala, Karnataka and Andhara Pradesh. On further developments, a senior company official said that operations will be streamlined during the later half of 2016 and till then Hindustan Motor's Chennai factory will be used solely. Additionally, the pick up trucks and the SUV's will be the main products of the company in India and plans regarding the launch of future models will be implemented based on customer feedback on the present lot.

As per Isuzu's expert predictions, there are good opportunities in the 2-3.5 tonne segment of the pick up trucks (D-Max has a Gross Vehicle Weight of 2.8 tonne) and yet has no plans to introduce Light Commercial Vehicle (LCVs) in the sub 2-tonne category. The D-Max would not skimp on equipment to start a price war with Indian pick up offerings. According to sources, there will be no competition on price, but only value competition with the rivals.

Industry experts are of a view that the D-Max, being costlier than the competition from Tata and Mahindra pick ups, has better quality and durability. With the MU-7 and the D-Max, the company hopes to make its presence felt in both the passenger as well as commercial vehicle segment. Once the Sri City facility goes online, Isuzu will increase the local products one by one to get to the 100 per cent local production in the coming years.