Nissan Motor India Private Limited, a completely owned subsidiary of the Japanese auto maker Nissan Motor Co., is gearing up towards the launch of its 2013 Micra facelift in the domestic car market. According to industry sources, the updated Nissan Micra premium hatch is expected to see Indian daylight in the first week of July 2013. The company has already revealed the teaser image of its Micra facelift that says 'Coming Soon.' It is going to be interesting to see if Nissan Motor India launches its new Micra range at same or inflated price band in the domestic car market. 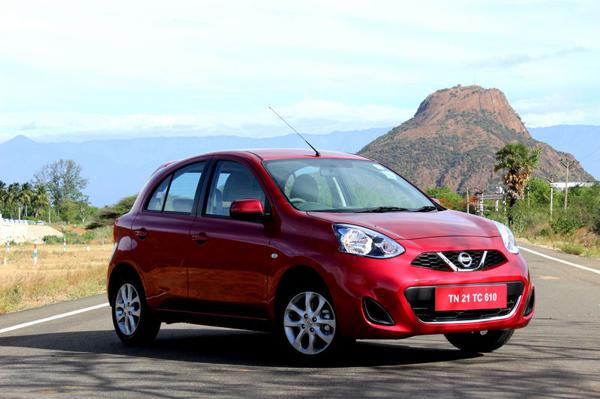 The 2013 Nissan Micra model comes with a completely redesigned front fascia, which gets a bold new bumper, modish front grille and a sporty headlamp cluster. The premium hatchback seems to have finally shed its dolly looks and now flaunts a more sophisticated style statement than the outgoing version. The other exterior updates in the reworked Micra model include revised tail lamps with LED treatment and a set of Signature Nissan alloys. Further, the interior cabin gets a stylish Piano black theme with new door pads.

Under its hood, the Nissan Micra facelift will be available in both petrol and diesel powered options. The petrol trim will be served by a 1.2 litre engine rated with 75 bhp as peak power, whereas the diesel model will be powered by a 1.5 litre K9K oil burner that develops maximum power of 64 bhp. The petrol Micra is expected to come equipped with the cutting edge CVT automatic gearbox. This will enable it to confidently compete against the likes of Honda Brio AT, Hyundai i10 AT and Maruti Suzuki A-Star AT models in the Indian auto market.