Ford Motors, the well appreciated American auto maker, has turned towards Nepal for launching its EcoSport compact Sports Utility Vehicle (SUV) at a whooping price of NPR 2,850,000, somewhere around Rs. 17.9 lakh, to NPR 4,290,000, around Rs. 27 lakh. It must be noted that the Indian arm of Ford has introduced its flagship model in the domestic market at a much affordable price, with just Rs. 5.58 lakh for the base model. Reportedly, the model introduced in the Nepali auto market has been made in India. 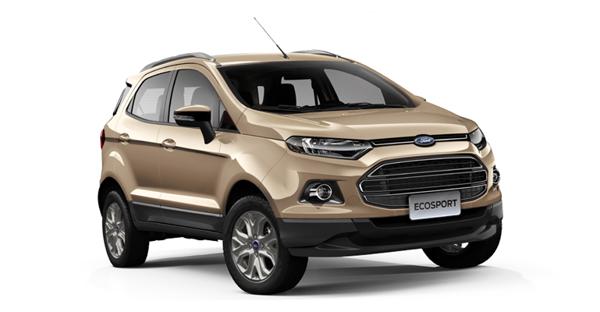 Offered in all the 10 variants, the model will be offered by Go Ford, which happens to be the official distributor of Ford cars in the auto market of Nepal. Expressing his views at the launch ceremony, the Director of Go Ford, Akash Golcha was quoted as saying, “EcoSport will change the share of segments in the market. It will not only challenge other SUVs but also taken on other segments like sedan and premium hatchbacks.”

Similar to the trend followed for the Indian auto market, the new compact SUV has been offered in seven different colour options, namely Mars Red, Moondust Silver, Kinetic Blue, Sea Grey, Panther Black, Diamond White and Chill. Along with, EcoSport has been offered in all the four trims, which are put to sale in the Indian market, namely Ambiente, Trend, Titanium and Titanium Plus. Interestingly, the Nepali auto market has also got all the three engine options, namely 1.0 litre EcoBoost, 1.5 litre petrol and 1.5 litre diesel.

The 1.0 litre EcoBoost engine in EcoSport has been offered in two variants, namely Titanium and Titanium Plus, whereas the other two 1.5 litre diesel and 1.5 litre petrol versions are available in all the four trims. Also, similar to the Indian market, the 1.5 litre petrol powered model has been equipped with a six-speed dual clutch automatic gearbox.