The Ambassador from Hindustan Motors had been India's pride in the automotive segment. Hindustan Motors established in 1942 rolled out its very first car Ambassador in 1957. The vehicle was reportedly modeled on the lines of the popular Morris Oxford in the international market. Back in the 1980's the company reportedly managed to sell about 24,000 units annually and down the line the company witnessed a steep drop with less than 6,000 units being sold in 2000.

For nearly six decades the Ambassador has served generations of Indian family. However, with no major changes in design and technological upgrades the demand for the vehicle witnessed a drop as many international cars offered better features, efficiency and style. Moreover, modern day cars have also been powerful and easy to handle as compared to the old Ambassador. 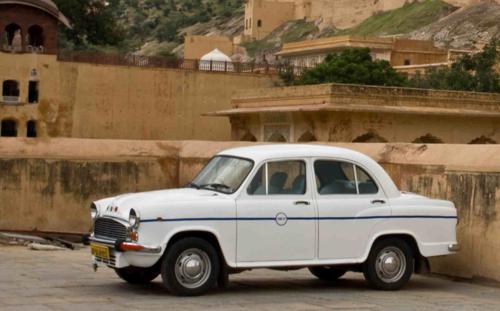 The upgraded and among the last ones to be sold HM Avigo 1800 ISZ MPFI (Discontinued) had been powered by 1817 cc MPFI with 4 Cylinder OHC engine that was capable of generating a max power output of about 75 Bhp with 130 Nm of torque. However, the mileage figure has not been too impressive with the vehicle reportedly returning about 10 kmpl as per ARAI. The vehicle received slight cosmetic upgrades with only notable upgrade being the power steering feature.

The vehicle is likely to be spotted during the upcoming Independence Day parade event at Red Fort in Delhi. The iconic car with a long standing history and contributor to economic reform of yesteryear India is indeed expected to claim limelight at the upcoming event. Even today and few more years to come, the Amby would indeed be spotted in a garage of a car fan or serving the taxi feet outside the jurisdiction of major cities. Maruti Suzuki revealed a new brand NEXA in 2015 and its subsidiary has completed six years in the country this months while selling over 1.4 million vehicles via about 380 showrooms.