The country's second largest passenger car manufacturer, Hyundai Motor India Limited, has stopped the production of its entry-level sedan Accent. This vehicle was launched by the company almost 14 years back and captured the fancy of many buyers due to its responsive engine and interior space. It even came with a Common Rail Direct Injection (CRDi) engine at a later period, but it did not generate much popularity due to dated design and possible cannibalisation by the company's own premium hatchback i20. 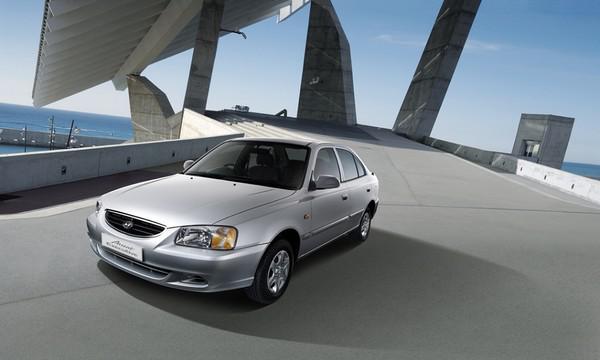 Available at similar prices, the i20 is a much advanced vehicle in comparison to the Accent. From the outside, it gets the contemporary style cues from Hyundai's Fluidic design philosophy. At the front, the headlamps and the grille look quite attractive in the i20, as compared to the relatively dull front fascia of the Accent. The i20 is also more impressive on the inside, with several technologically advanced features.

The i20 comes with two different engines, namely a 1.2 litre Kappa petrol engine and a 1.4 litre CRDi engine. Both petrol and diesel versions of the i20 have been very successful in the Indian market. Top variant i20 Asta petrol comes with six airbags and a sunroof. A music system with Bluetooth compatibility, rear parking camera with sensors and electric mirrors are also part of standard equipment on this variant.

As per industry sources, the stoppage of production for the Accent has been confirmed by a Hyundai official, but no details have been disclosed as yet. The company had already disclosed that it plans to launch a new compact car priced between the i10 and the i20, due to which production of the low selling Accent may have been terminated. On this, a Hyundai official was quoted as saying, “We will be launching our small car both in petrol and diesel variants. The move to phase out Accent is taken in that direction.”

Hyundai's new compact car, codenamed as BA, is the next-generation version of the current hatchback i10. The car would be constructed around a completely new global platform. Interestingly, the current i10 would still be sold even after the new vehicle is launched. Reportedly, the new i10 will be a new global vehicle to be launched in many global markets, one of which will be India. It may also get a new name, 'Brilliant'. It is speculated that the Brilliant will be seen at the 2013 Frankfurt Motor Show, which would take place in September 2013 and the Indian launch would happen during the season of festivities in the country.