Honda Civic Hybrid model will not be available at the Honda showrooms anymore. The company will not retail the model through its dealership networks in India. It will be available only through direct imports which mean a longer waiting period. 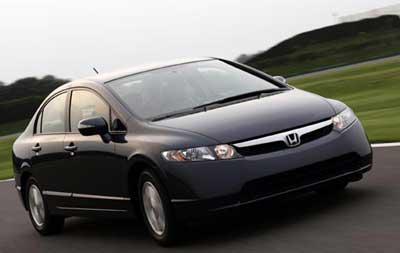 Honda has launched Civic Hybrid model last year. It had also offered one of the biggest discounts in the history of Indian auto market to lure the customers and clear off its inventory. It had offered a discount of Rs. 8 lakh on the Hybrid model for a limited period of time in November 2008. At that time the complete inventory was cleared in less than 10 days.

Now the company intends to completely stop retailing of the model through its dealership networks. If anyone places the order for Honda Civic Hybrid, Honda Siel Cars India Limited will take 3-4 months to directly import the model and deliver it to the customer. The customers can either place their orders with the dealers or directly approach the company with their requests.

Honda Civic Hybrid runs on both petrol and diesel models and offers a mileage of 21 kmpl. However, the Hybrid model failed to make its impact on the Indian customers due to its high price of Rs. 21.5 lakh. There were no takers when the model was readily available with the dealers for immediate delivery.