Honda seems to be keen on expanding its product portfolio in India. Honda’s new strategy of positioning itself as a premium brand might result in the addition of new cars and the Honda HR-V seems to be the next best bet.

Just like the recently launched WR-V, the HR-V is already being sold in the Brazilian market. Like the WR-V, the HR-V has also been developed on the Jazz platform which will ensure maximum localisation for the HR-V production. Out there in the South American markets, the Honda HR-V competes with the Renault Duster and the Ford Ecosport (the sub-four metre Ecosport in India is a shortened version of the global Ecosport).

This means that Honda can ideally build the HR-V in India to compete with the likes of the Hyundai Creta amongst the compact SUVs. At the WR-V launch, Yoichiro Ueno, CEO Honda Cars India, said, "We are getting a lot of request from customers and dealers for HR-V and Civic. We are evaluating both the cars to launch in India." He also said that the HR-V will be positioned between the BR-V and the CR-V making it the fourth SUV in its Indian portfolio. 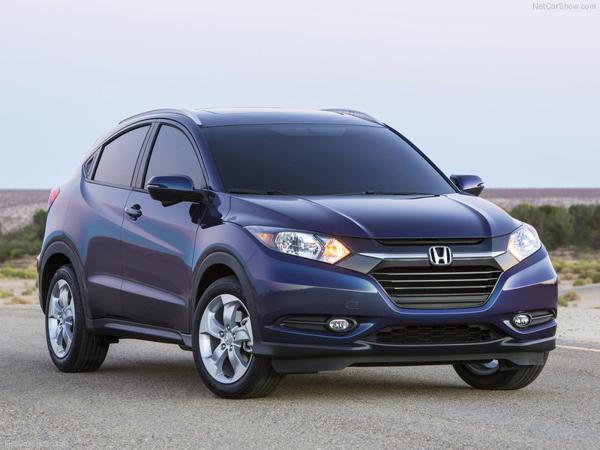 The HR-V is a five seater SUV and will be offered only with the higher-spec trims just like the WR-V. Since the BR-V starts at about Rs 9 lakh, ex-showroom, Delhi, we can expect the HR-V to be priced between Rs 11 lakh to 12 lakh. At this price, the Honda will be priced head-to-head with the similar-spec segment leader, the Hyundai Creta. This price tag also justifies Honda’s plan to price it alongside the Tata Hexa and the Mahindra XUV500.

The HR-V is powered by the 1.5-litre i-Vtec four cylinder petrol engine in the Brazilian market and it will continue for the Indian market as well. The 115bhp petrol unit has been at the heart of India’s most popular C-segment sedan and is known for its proven track record. But, as you know, the higher you go in the echelons of car segments, diesel engines are a must. Like the Honda City, the HR-V will surely get the 1.5-litre Earth Dreams i-Dtec diesel engine. The 99bhp engine performs well up to the Honda City with its flat torque curve and six-speed transmission setup but in case of the HR-V it might need a little more horsepower.

In terms of interiors, the HR-V will be like every other Honda car in the Indian market and will have its equipment list straight out of the City including the electric sunroof, the touchscreen music system and the touch-panel climate control unit. A little birdie says, the HR-V production has already started at the Gurgaon plant which means the launch might be in the offing.