Honda Motorcycle & Scooter India, India's second largest two-wheeler manufacturer, has introduced its CB Trigger bike in the North East market. Placed in the 150 cc segment, this new launch from Honda India is expected to capture 20 per cent market share of this segment in North East. Reportedly, the model has been offered within a price bracket of Rs. 70,315 and Rs. 79,900 (ex-showroom, Guwahati), which is sure to entice the regional buyers. 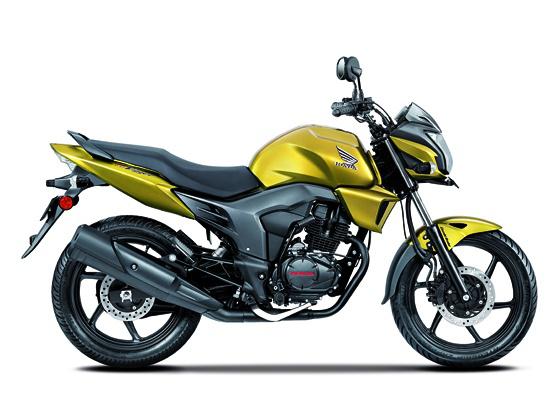 With the launch of a new model, Honda India has delivered a direct competition against the likes of Bajaj Pulsar. It must be noted that the Japanese auto maker has claimed a fuel efficiency of 60 kmpl for its new model, which is sure to set new standards in the market. Speaking on the expected sales of the model, the Division Head (Regional Office East) at Honda Motorcycle & Scooter India (HMSI), Vivek Taluja was quoted as saying, “The 150 cc category market in the North-East is around 2,600 units per month. We are targeting to capture 20 per cent share with the CB Trigger.”

Reportedly, the auto maker is currently busy in planning a rally from Guwahati (Assam) to Tawang via Bombdila in Arunachal Pradesh, in order to give a boost to the brand value. For the same, the company has invited a number of Honda customers to be a part of the rally. He added, “We are interested in organising a bike rally in the North East to strengthen our brand image. We are considering to do it this year. Usually premium bike owners are more willing to take part in such adventures. We are looking to invite customers who have bought bikes of 250cc or above category.”

Reportedly, the Japanese auto maker currently operates through 17 dealers across the North East region, and is looking forward to add around 3-4 more outlets before the end of 2013.